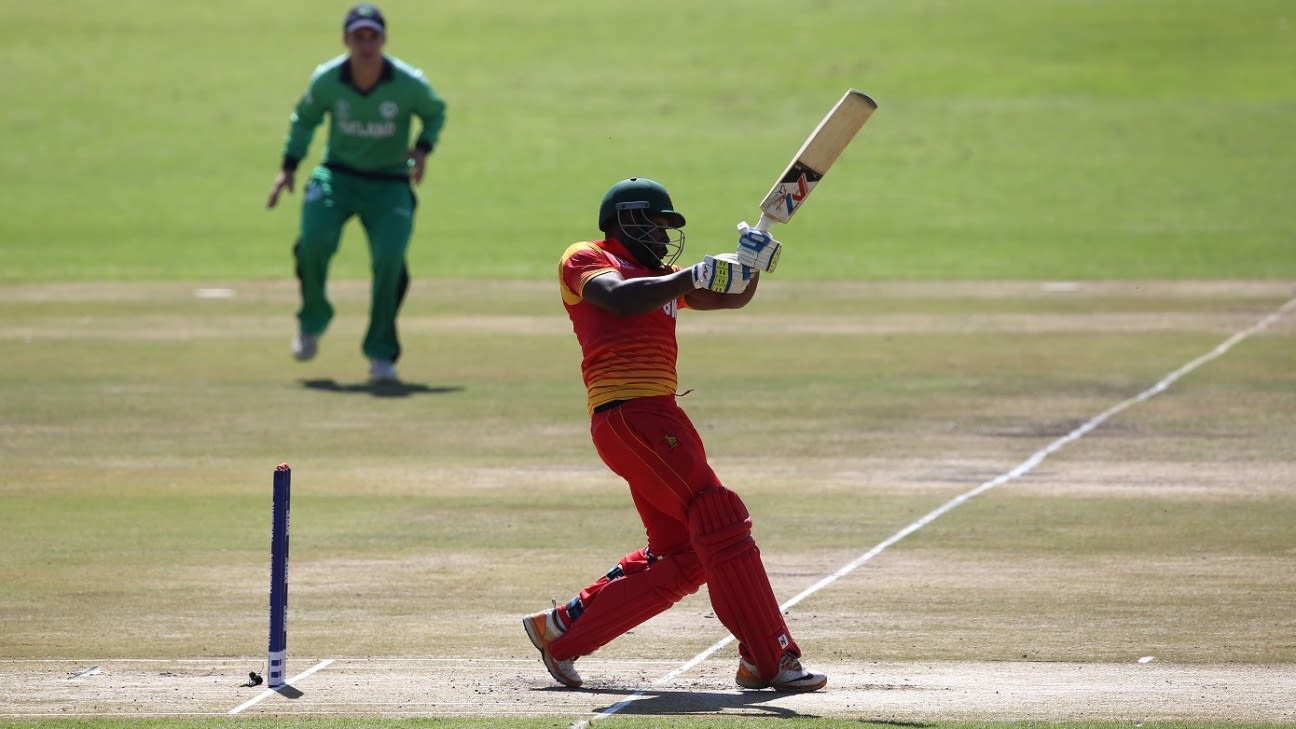 Zimbabwe’s white-ball tour of Ireland has been postponed and could take place in August-September as Zimbabwe Cricket (ZC) awaits clearance from the government to travel to Ireland. The tour, comprising three ODIs and five T20Is, was originally scheduled to begin on August 6, with the first ODI in Belfast, but was postponed because of complications around Covid-19 protocols.

“We recognise that with Zimbabwe being on the UK Red List, but a Category 2 country in the Republic of Ireland classification, approval for the series was always conditional upon the evolving advice of government,” Cricket Ireland chief executive Warren Deutrom had said in a release last month.

“It is now anticipated that the series will be held in August-September 2021, but that some venue changes may be required to accommodate the latest advice received.”

The three ODIs and the last three T20Is were to be played in Belfast whereas the first two T20Is were originally scheduled for Bready. ZC has now set August 19 as the new departure date, subject to government clearance.

“We have applied to the Sports and Recreation Commission for permission to travel but we have set August 19 as the departure date,” ZC managing director Givemore Makoni told NewsDay. “Everything will be announced once we get clearance from the SRC.”

Earlier this year, Ireland’s white-ball tour of Zimbabwe was postponed amid Covid-19 reshuffle. ZC had then clarified in a statement that the postponement had been due to a squeeze on the schedule, rather than due to any concerns around Covid-19.
Zimbabwe have not qualified for the upcoming T20 World Cup, but the (re)scheduled ODIs against Ireland will be a chance for them to drag themselves off the bottom of the World Cup Super league points table and push for qualification for the 2023 ODI World Cup. In their most recent ODI series, Zimbabwe were swept 3-0 by Bangladesh at home. As for Ireland, they are placed seventh on the Super League table, although they have had the benefit of playing 12 matches; Zimbabwe have played only six.