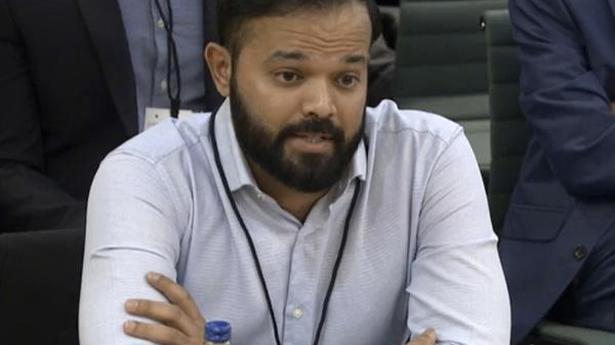 Quite the most amusing aspect of the reaction in England to Azeem Rafiq’s calling out racism in English cricket, and the larger society, has been the surprise of those who must have known all along. That it has taken tears on television by a gifted player (who is still only 30) to activate a response is testimony both to its pervasive nature and its casual acceptance both by perpetrators and in many cases the victims too.

Rafiq spoke with a lucidity and controlled passion that lent extra weight to his words. The England and Wales Cricket Board apologized, while the Yorkshire whistleblowing hotline had 36 calls in its first week. The problem may be too deeply entrenched in society to keep sport insulated even as administrators try to make amends — if not for honourable reasons, then at least to keep their sponsors from leaving.

When one of the MPs on the committee asked Rafiq if he would consider helping Yorkshire attract new sponsors or bring back the ones who had pulled out, he made it clear he was not about to sell out for a few pennies. The question was as much a part of the old thinking as the answer was dignified.

Rafiq has got not only the cricket authorities moving, he has also activated the media. According to The Guardian, “Privately educated white British players are 34 times more likely to become professional cricketers than state-educated British South Asians.” The newspaper was quoting from research done by Birmingham City University, which found that white British players are three times more likely to become professionals compared with their British South Asian counterparts, regardless of schooling.

Similar statistics are not available for India, and it is believed — conveniently, perhaps — that the cricket is the one area where merit is everything and accidents of birth, parentage, education, and circumstances make no difference. Yet, of the 302 players who have played Test cricket for India, only about five percent have been Muslim (as against 15 percent in the general population) and about eight percent Dalits (as against 25 percent in the general population).

One need not build a monument on these figures, but clearly things are a bit skewed. It comes down to lack of opportunity, educational and sporting, as well as the pressures to earn a living and contribute to the family income.

A Parliamentary committee like the one in England which questioned Rafiq on live television (Department for Culture, Media and Sport) might do Indian cricket a lot of good too. Gathering information, putting it together and discerning patterns may not require a Parliamentary committee, but such a committee will need to be the one to recommend changes. It would also help if they spoke to the stakeholders, perhaps on national television. It is important to remember that caste discrimination is as vile and as pervasive in India as racism is elsewhere.

You cannot set right racism or casteism by attending to it in a small portion of the society. But at least it is a start, especially if the focus is on getting things right at the lower levels. India’s major players, from Vijay Merchant through Sunil Gavaskar and Sachin Tendulkar to Rohit Sharma have been Brahmins who were well-educated and had greater opportunities than those born lower on the caste scale. The percentage of Brahmins in the country is around five, yet they make up more than fifty percent of those who have played for India.

This is not unknown or even unusual, but it is uncommented on. The worst of it is seen at the lower levels — in age-group cricket, for instance — and not so much at the highest. You have to perform to play for India, and perform consistently. This is fair. But to perform, a player has to be given the opportunity to do so, and this is where there is an issue at the lower levels. We have no way of telling how many Dalits and Adivasis who might have made a difference were lost to Indian cricket for want of opportunities.

Sunil Gavaskar has written in his book about how, as a newborn baby, he was accidentally mixed up with another baby. An uncle noticed that the baby Sunil was not the same one he had visited earlier. A search was initiated and Gavaskar was found in a crib in the hospital beside a fisherwoman.

Would Gavaskar have become a great cricketer had he grown up to be a fisherman? Or would the fisherman’s son brought up as a Gavaskar played for India? Especially given that his uncle Madhav Mantri had done so?

While we applaud Rafiq and the British establishment, one for speaking out and the other for its official inquiry, let us not lose sight of the issue in our own backyard. Who will be India’s Rafiq?