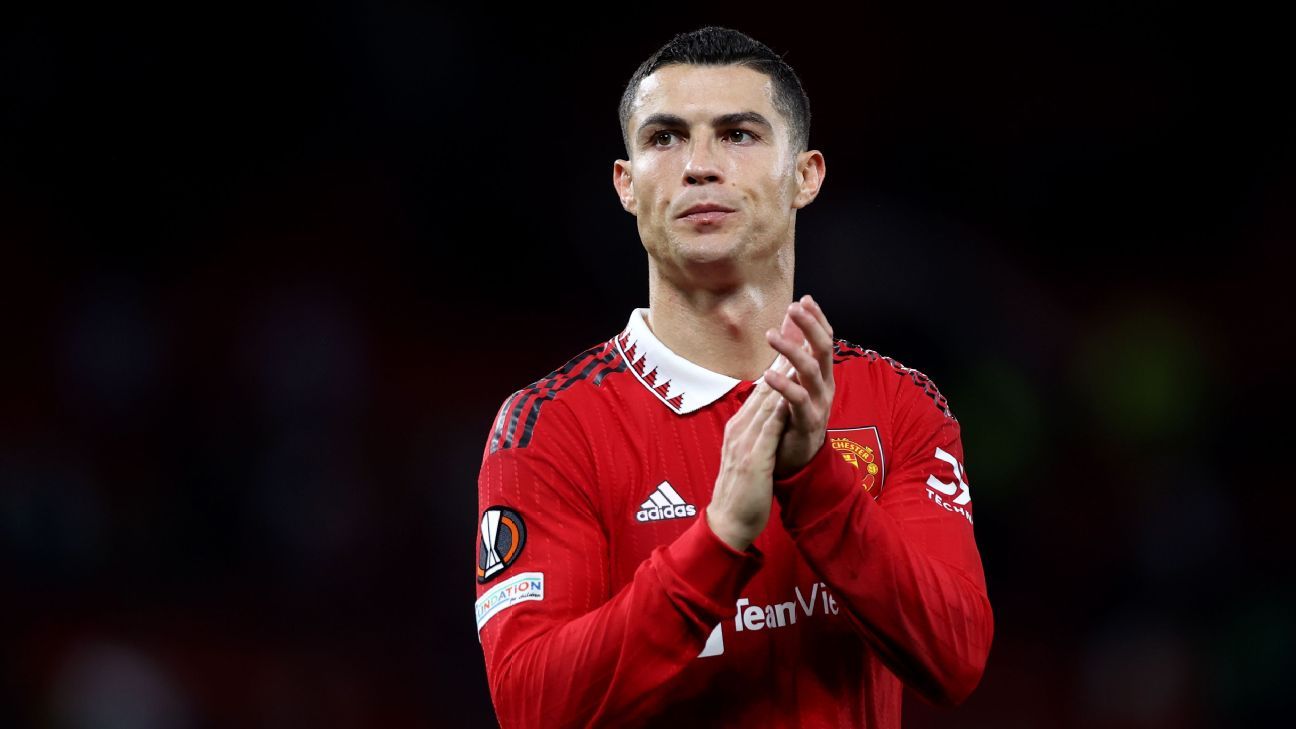 Cristiano Ronaldo will be leaving Manchester United after the World Cup, but where will he go? The Portugal superstar’s second spell at Old Trafford is coming to an end after the club began steps to terminate his contract following his shocking interview with Piers Morgan. United hope it can be resolved “swiftly” to avoid a drawn-out legal battle and if they get their way, Ronaldo will be free to find another club after he returns from Qatar.

The level of interest the 37-year-old can expect depends on who you believe. Sources close to United insist he has been available since the summer but that they only received one approach from a club in Saudi Arabia, which Ronaldo turned down. Ronaldo’s representatives, however, have maintained he has a number of options and that moves fell through during the last transfer window because United were demanding a significant fee.

But once his contract is terminated — United must give 14 days’ written notice — that won’t be an issue and it will be up to Ronaldo to decide what he wants out of the final years of what is already a glittering career.

Aside from suggesting to Morgan that he would “retire on the spot” if Portugal win this World Cup, Ronaldo says he wants to play until he’s 40, which would take him to the end of the 2024-25 season. Ultimately, the two key issues when he decides on his next move are what he wants to achieve and how much money he wants to earn.

FREE TO PLAY. $10,000 in prizes available! Who will you pick to win? Make Your Picks

His weekly wage at Old Trafford is £500,000-a-week, plus bonuses, and if he makes the same demands of his next club, there would only be a handful who could even get to the negotiating table. Paris Saint-Germain are one but they already have Lionel Messi, Kylian Mbappe and Neymar in their squad. Chelsea are another and new owner Todd Boehly met with Ronaldo’s agent, Jorge Mendes, in the summer but it’s not clear whether head coach Graham Potter would be willing to incorporate Ronaldo in his squad. Chelsea’s brief interest in the summer ended as soon as then-manager Thomas Tuchel ruled out the idea.

Another option is for Ronaldo to sacrifice the possibility of playing in the Champions League and agreeing to a lucrative transfer to the Middle East. The summer’s total package offer from Saudi Arabia would have guaranteed close to £350 million, but the price would be accepting that his career at the top level is over. The same is true of a move to MLS with, potentially, David Beckham’s Inter Miami.

The market for Ronaldo’s services only widens if he’s willing to accept a lower salary. His first club, Sporting CP, would jump at the chance of a romantic return but, speaking in October, coach Ruben Amorim said they “don’t have the money to pay his wages.” Ronaldo, of course, can solve that himself.

Sources have told ESPN that there has also been interest in the past from Italian side Napoli, a club still associated with their fanatical support of another of the game’s greatest players: Diego Maradona. Napoli could offer Champions League football as early as February when they play Eintracht Frankfurt in the round of 16 but, again, Ronaldo would have to compromise with his wage demands.

Mark Ogden reacts to the news that Manchester United are seeking to terminate Cristiano Ronaldo’s contract following an interview where he was critical of the club and manager Erik Ten Hag.

Once United learned of Ronaldo’s interview with Morgan nearly a week ago, and his fierce criticism of the club and manager Erik ten Hag, the ball was in their court in terms of how to respond. Ten Hag, co-chairman Joel Glazer, chief executive Richard Arnold and football director John Murtough agreed it’s time to force his exit, but with that decision now made, the impetus is back with Ronaldo and he is in control of how it plays out from here.

His first decision is whether or not to fight United’s decision to terminate his contract and risk a lengthy legal wrangle which could take months or even years. Beyond that, his next decision is what he wants to achieve before hanging up his boots. His abilities, as incredible as they’ve been, are waning in his 22nd year as a professional but 24 goals in all competitions for United last season prove he still has the capability to score at the highest level.

If Ronaldo decides he wants one last payday following his Old Trafford exit, we may have already seen the last of him in European football. But if he chooses football before salary, then there could yet be another successful chapter in a career that already includes 701 club goals, five Champions League medals and domestic titles in three different countries.

After a week of claim and counterclaim following his explosive interview, United have made their choice and Ronaldo won’t play for them again. What happens next is down to Ronaldo and how he wants to bow out of a sport he’s already completed.