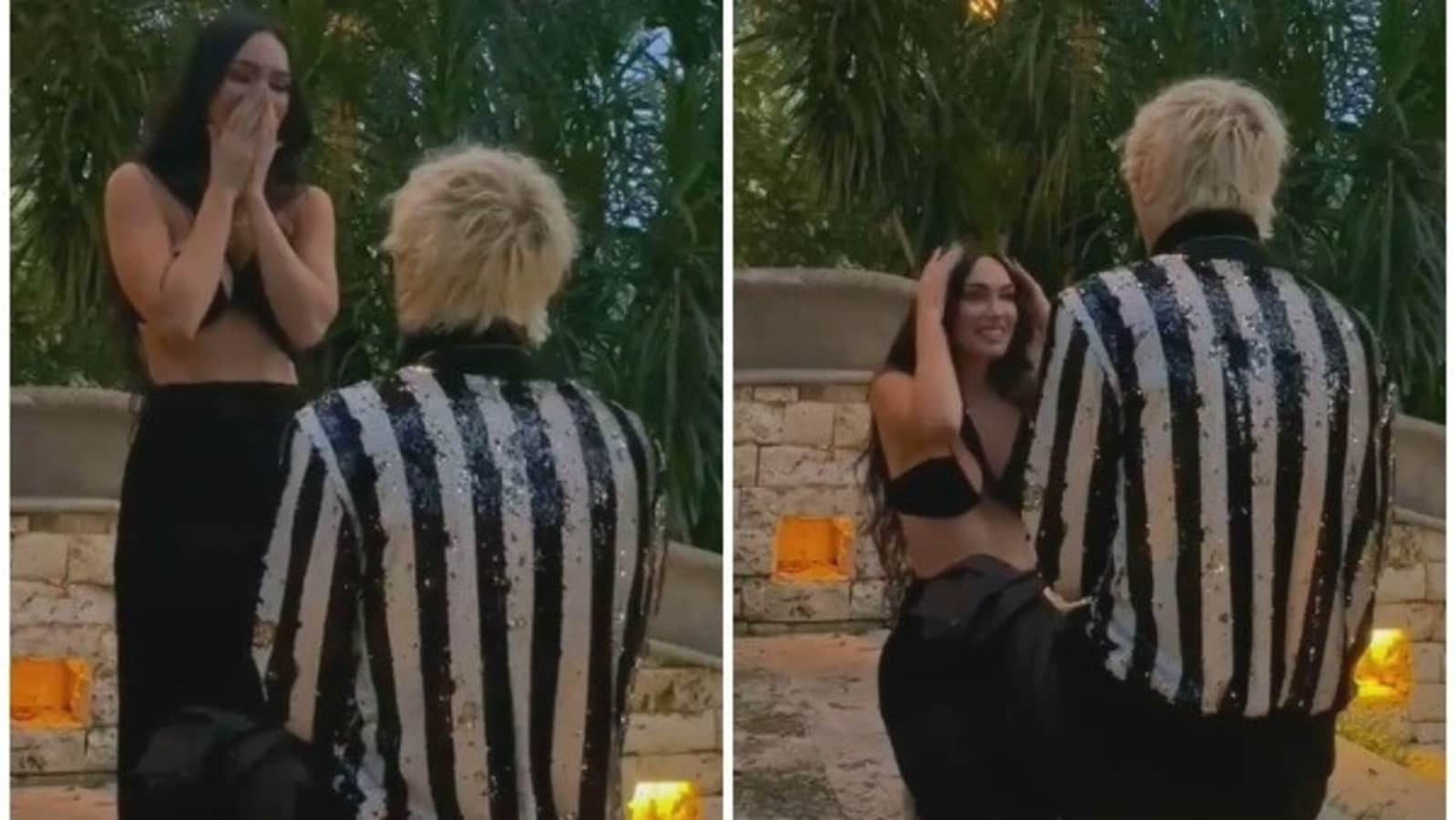 Megan Fox and Machine Gun Kelly are engaged. The actor and rapper have decided to legalize their dramatically eccentric coupling, according to Instagram videos that each posted Wednesday.

Fox shared video of Kelly taking a knee at the top of a flight of outdoor stairs under the tree where the two say they fell in love in July of 2020.

“Somehow a year and a half later, having walked through hell together, and having laughed more than I ever imagined possible, he asked me to marry him,” Fox wrote in the post. “And just as in every lifetime before this one, and in every lifetime that will follow it, I said yes.”

An Instagram video from Kelly shows Fox wearing the two merged rings he had made for the occasion, with a diamond and an emerald that form “the obscure heart that is our love”: “’Yes, in this life and every life’ – Beneath the same branches we fell in love under, i brought her back to ask her to marry me. I know tradition is one ring, but i designed it with Stephen Webster to be two: the emerald (her birth stone) and the diamond (my birth stone) set on two magnetic bands of thorns that draw together as two halves of the same soul forming the obscure heart that is our love.”

Fox ended her post with, “and then we drank each other’s blood,” a moment not shown in the video.

It’s the second marriage for Fox, the 35-year-old star of the Transformers films. She was married to actor Brian Austin Green from 2010 to 2021. The two have three sons together.

It’s the first marriage for the 31-year-old Kelly, who has a daughter from a previous relationship.

Get our Daily News Capsule

Thank you for subscribing to our Daily News Capsule
newsletter.