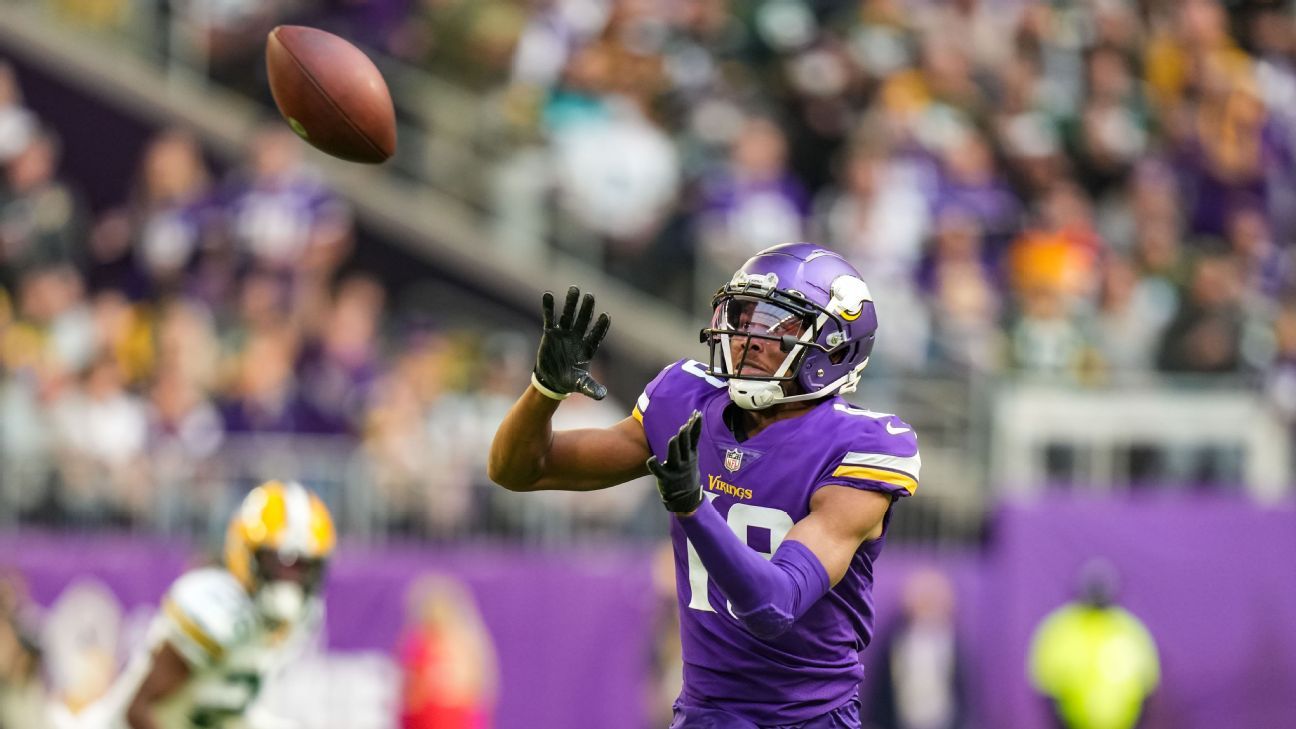 MINNEAPOLIS — The first quarter of the Minnesota Vikings‘ NFC North battle with the rival Green Bay Packers couldn’t have gone any better for Justin Jefferson.

The receiver turned three targets into three receptions for 104 yards against the Packers, including a 56-yard catch that set up a 1-yard rushing touchdown from Dalvin Cook to give the Vikings an early 9-3 lead.

Facing second-and-7 from Minnesota’s 43-yard line, quarterback Kirk Cousins faked a handoff to Cook and launched a deep ball to Jefferson down the Vikings’ sideline. The receiver caught the ball at the 15-yard line and stretched his right arm out with the ball in his hand while being tackled.

Jefferson was ruled down short of the goal line, a play that Minnesota coach Mike Zimmer chose to challenge and thus lost a timeout.

According to ESPN Stats & Information, two of Jefferson’s three receptions came on throws of over 15 air yards. Entering Sunday, Jefferson had 39 catches on those throws over the last two seasons, the most in the league. It was the first time the second-year receiver posted 100 yards in one quarter.

Cousins later found Adam Thielen for a 10-yard score as the Vikings built a 16-3 lead.