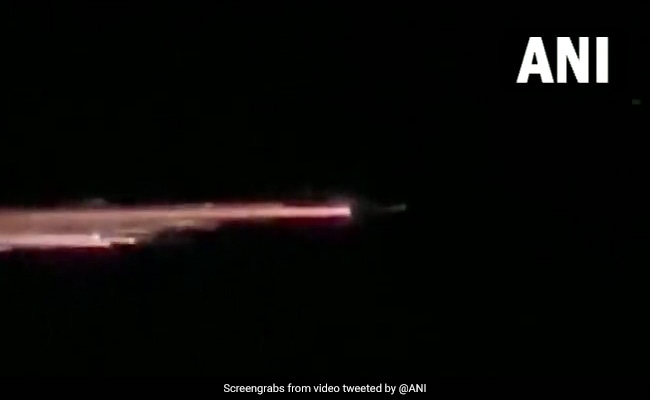 Meteors are bright streaks of dazzling light that one sees in the night sky.

A stunning footage has captured the blazing streak of light cutting through the night sky over Maharashtra and Madhya Pradesh, in what appears to be meteor showers and made for fantastic viewing.

Sightings were reported from Nagpur in Maharashtra and Jhabua, Barwani districts in Madhya Pradesh.

#WATCH | Maharashtra: In what appears to be a meteor shower was witnessed over the skies of Nagpur & several other parts of the state. pic.twitter.com/kPUfL9P18R

Meteors are bright streaks of dazzling light that one sees in the night sky.

Often called ‘shooting stars’, meteors are rocky objects, which enter the Earth’s atmosphere at a tremendous speed. As the Earth, in its annual journey around the Sun passes through a dusty region in space, the tiny rocky objects enter the atmosphere with great speed – between 30 and 60 km per second – and produce a shower of light streaks called as meteor shower.

Rajendra Gupta, Superintendent of the 300-year-old Jiwaji Observatory in Ujjain, said, “This appears to be ulkapind (meteorites). Their fall is common.”