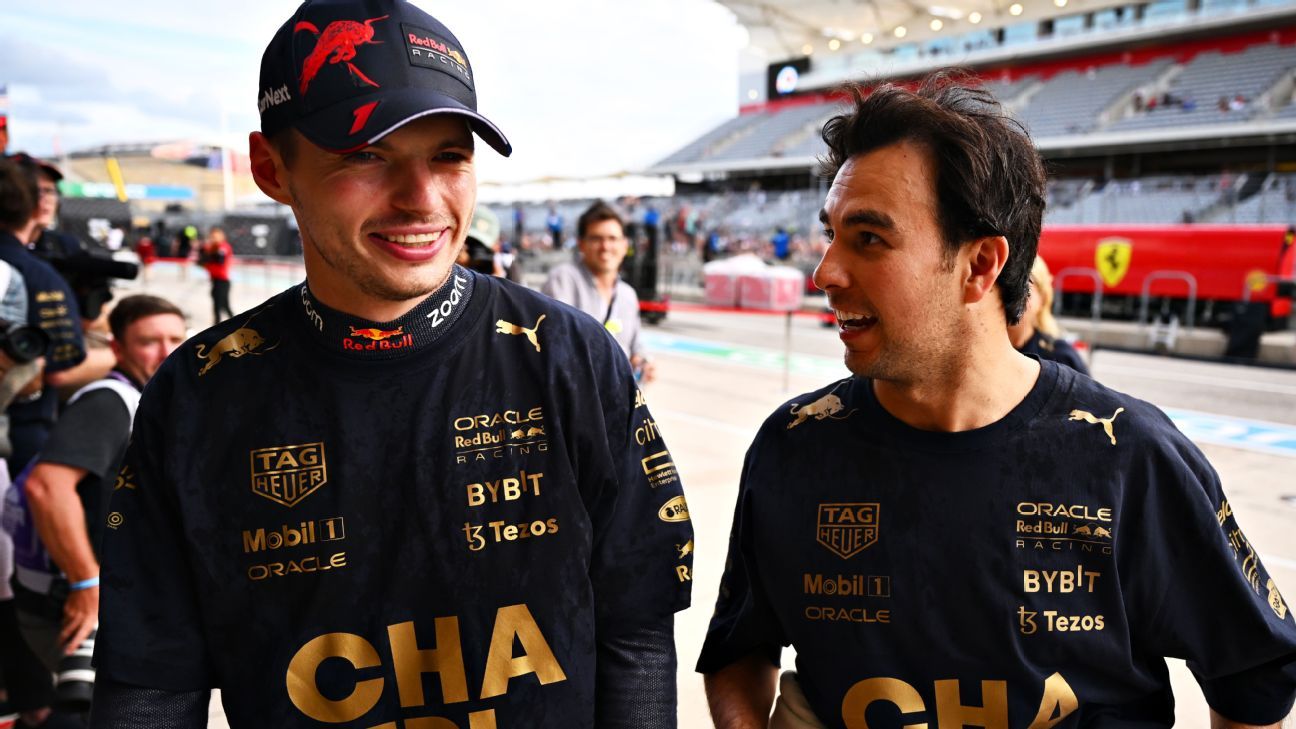 Newly crowned champion Max Verstappen refused a Red Bull team order at the Brazilian Grand Prix to help teammate Sergio Perez in his fight for second in the title race.

Perez dropped down the order after a late safety car restart, with nearest championship rival Charles Leclerc one of the cars to get by.

Verstappen soon caught and passed Perez, with Red Bull encouraging him to go and snatch points away from Fernando Alonso in fifth and Leclerc in fourth.

At the finish, Verstappen’s race engineer, Gianpiero Lambiase, asked him: “Max, what happened?”

Verstappen replied over radio: “I told you already last time. Don’t ask that again to me — are we clear about that? I gave my reasons and I stand by it.”

On his own radio channel, Perez said: “Thank you for that, guys. Thank you.”

To that, Perez replied: “It shows who he really is.”

Verstappen’s decision cost Perez two points, meaning he lost a total of six to Leclerc. The pair are now tied on points with one round remaining in Abu Dhabi next weekend.

Perez obeyed a team order at the Spanish Grand Prix in May to let Verstappen through to win the race, something he referenced after the event in Brazil.

“After all I’ve done for him, it’s a bit disappointing to be honest,” Perez said. “I have no idea. I’m really surprised.”

Verstappen and his manager, Raymond Vermeulen, were seen talking to Horner and Lambiase after the race.

The two-time world champion did not elaborate on what was discussed but said he had justifiable reason for refusing the team.

“I have my reasons for that,” Verstappen said. “We just discussed that, and I think it was better that we finally sat together and spoke about it, and just moved forward from here.

“For sure, if we go to Abu Dhabi and he needs the points, because they’re tied, it’s not the end of the world, it’s all about who finishes ahead anyway. If he needs the help, I’ll be there.

“But it’s good that we talked about it now and basically cleared everything that was there why I didn’t do it.”

The incident will put Red Bull in an uncomfortable position between keeping its superstar driver happy and managing the fallout with Perez, who signed a two-year contract extension after winning the Monaco Grand Prix this year.