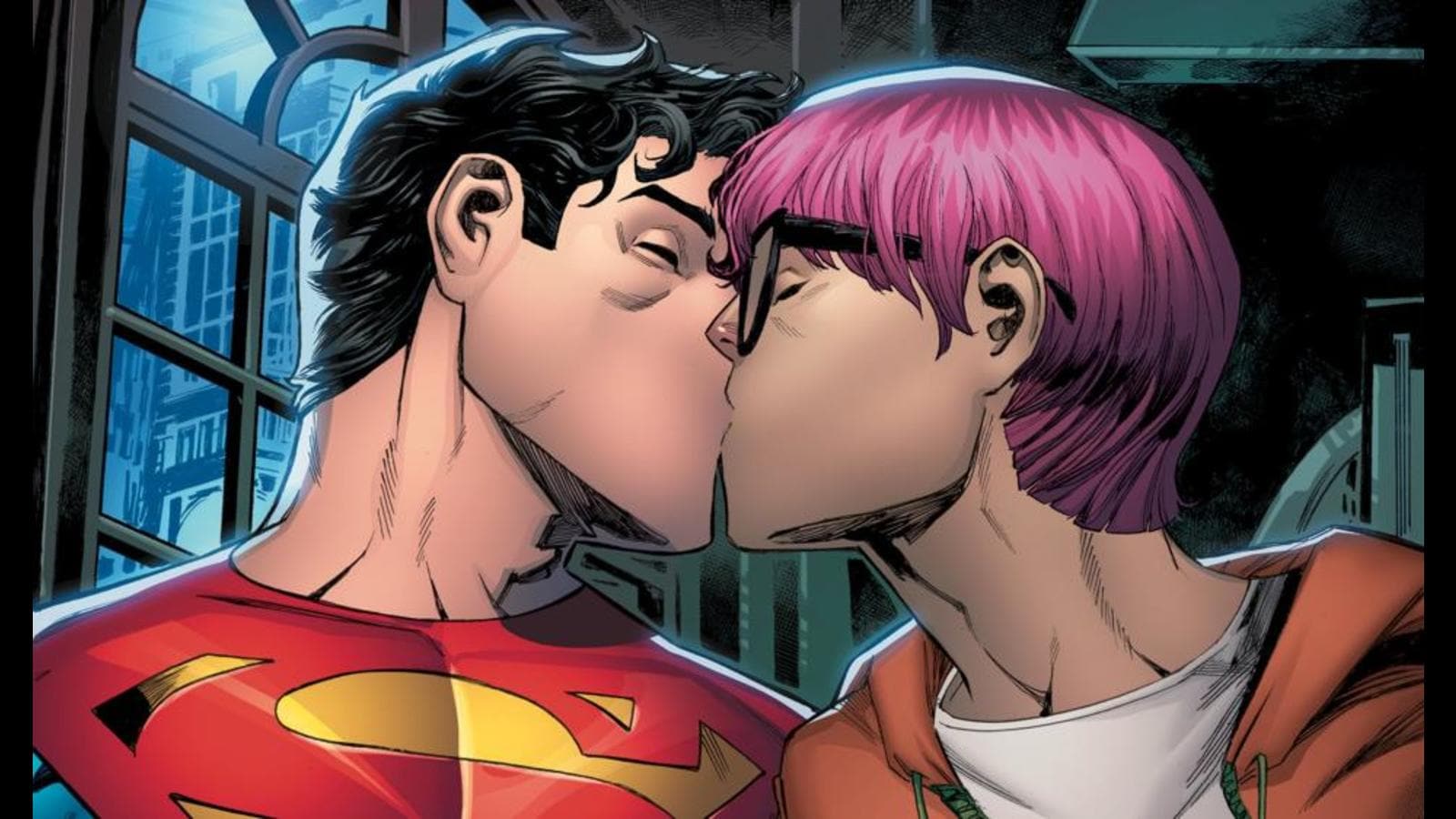 American comic book publisher – DC comics, announced that the new Superman will be revealed as a bisexual man. The 17-year-old son of Clark Kent and Lois Lane, Jonnathon Kent –The new Superman, will be seen in a romantic relationship with a male friend, Jay Nakamura. DC Comics made the announcement on National Coming Out Day (Oct 11), an annual LGBT awareness day started in the US.

However, this isn’t the first LGBTQIA+ character by DC Comics. The publisher has earlier featured other characters from the LGBTQIA+ community. For instance, In Batman: Urban Legends, Tim Drake, Batman’s third Robin, was revealed as a bisexual young man. Also in Aquaman: The Becoming, features Jackson Hyde, a young Black gay superhero known as Aqualad.

And now, the upcoming plot will feature a same-sex relationship in the ongoing new series – Superman: Son of Kal-El, that began in July. “Superman’s symbol has always stood for hope, for truth and for justice. Today, that symbol represents something more,” tweeted Tom Taylor, writer of the series.

Comics and superhero fiction stories are largely consumed by the younger demographics. It’s presumed that comics carry the responsibility of shaping the minds of new generation. This announcement for a popular character can be monumental. “Introducing Kent as a bisexual man will be very relatable to the new Gen-Z audience,” says Ramkrishna Sinha of Pride Circle. “It will also break down the walls that sexuality creates in people’s head about limiting ones action and personality. ‘Your sexuality doesn’t limit you’ will be more apparent after setting this example,” he adds.

Many believe that it’s a step in the right direction and will pave a path of breaking stereotypes for bisexual representation. Mental health counsellor on diversity and inclusion Deepak Kashyap says, “Bisexual men and gay men are not considered typical men, as they do not fit into the definition of what is most commonly known amongst people. But, when you put some like a Superman in that position, it challenges the whole idea.”

Kashyap also believes that this impacting move will precisely have three benefits – it will break stereotypes, create visibility among different age groups at a large scale and it will also disassociate the idea of relating achievements with ones sexuality.

The Superman character has always been portrayed as an epitome of masculinity. “Superman has always been a very powerful character, someone who stands for justice, truth and hope. The character has been hyper-masculine. Introducing his sexuality is a beam of light in the world where bi-erasure is a reality,” says Anwesh Sahoo a queer rights activist and tech artist.

However, filmmaker Faraz Arif Ansari isn’t much happy with the decision. Expressing his concern Ansari says, “The franchise is introducing much-needed, long-overdue progress along the edges — a sympathetic villain, a supporting queer character. Their plan has been simple — re-introduce, deep-bench characters that haven’t appeared in any comic for decades and shove them with a same-sex partner. Like the Robin’s character from the Batman series, not the original Robin, or the Robin that’s currently Batman’s sidekick, but the Tim Drake Robin, the third character is to assume the title. And same thing with the new iteration of Superman.”