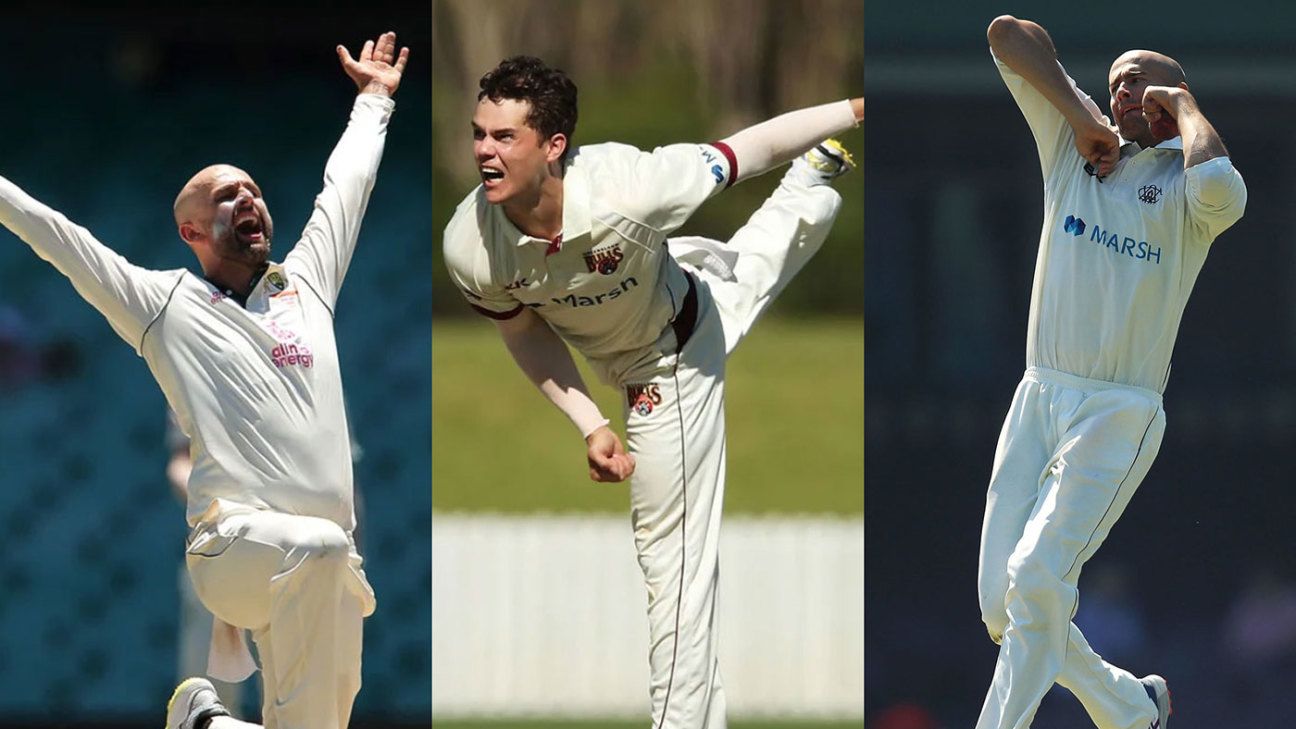 He believes Nathan Lyon, Mitchell Swepson and Ashton Agar should be considered in the same XI

Steve O’Keefe believes Australia are building a group of spinners that could help the Test side pose a challenge in the subcontinent next year in a run of series that will define their World Test Championship chances.
Australia are due to tour Pakistan for the first time since 1998 in February and March, Sri Lanka in mid-year and then India, which will make up their away series before the start of the next home season in the new WTC cycle which started with the drawn England-India Test at Trent Bridge.
Australia have not won in the subcontinent since beating Sri Lanka 1-0 in 2011. While the multiple series will be as much a test for the batting as the bowling, O’Keefe, who played seven on his nine Tests overseas which included the career of his 12 for 70 in Pune, sees evidence that the spin stocks have turned a corner with the development of Mitchell Swepson and improvements from Ashton Agar.
Incumbent Nathan Lyon, currently stalled on 399 Test wickets, was the leading Sheffield Shield wicket-taker last season with 42 at 25.97 and Swepson took 32 wickets at 23.40 in what felt like a breakout campaign for the legspinner although Agar’s numbers were a more modest 14 wickets at 42.21 with him limited to four matches.

“I think we are in as good a place as we’ve ever been from a bowling point of view,” O’Keefe said on the day he signed a new one-year deal with Sydney Sixers. “Outside of Nathan Lyon there’s been a question for ten years about our depth behind him, but Mitchell Swepson stepped up on every occasion last year, it was so impressive to see him win games for his state, bowl with consistency and a lot of spin.

“Even watching Ashton Agar in the West Indies and over the last 12 months, how much he’s grown as a spin bowler. It’s so hard being a spin bowler in Perth because your role is so different, but he’s been able to develop a whole skillset around different positions on the crease, lower arm angles, arm-balls and he’s already got that natural height and is a bit of a student of the game.”

O’Keefe also sees Agar’s all-round ability as being key – singling out his match double of a hundred and five wickets against South Australia in the Sheffield Shield last season – and suggested that Australia will have to seriously consider playing three frontline spinners on some occasions rather than purely backing the quicks because of the belief they are the best bowlers Australia have.

It was the balance of side Australia used in O’Keefe’s last Test when they beat Bangladesh to level the series in 2017 with Pat Cummins as the lone quick, Hilton Cartwright the seam-bowling allrounder and O’Keefe alongside Lyon and Agar.

“With Ashton batting as well as he is you could play all three,” he said. “Personally I think you’ve got to start looking at three spinners, a quick and a medium-pacer, that would be my five bowling options in some of the conditions you encounter over there. In the past, think we’ve gone with what’s best for us which is three fast bowlers but it’s so hard in those conditions to have success.”

“The beauty if you go with Nathan and Ashton, or play all three, is that Nathan is an attacking spin bowler who can be aggressive. Then you have someone like Ashton who could really control [the run rate]. Think it’s important those guys get to bowl together in some lead-up games, get their synergy right and think they’ll have success.”

Agar and Swepson have been part of the white-ball tours of the West Indies and Bangladesh over the last month alongside Adam Zampa, who has also talked about wanting to push for a Test place, and the uncapped Tanveer Sangha. Australia managed to claw a game back in the low-scoring tussle against Bangladesh in a series where only Mitchell Marsh has made consistent runs, as he did in the West Indies.

Australia’s current form with a team missing a number of established names has raised questions about how well the BBL prepares players for the next level but O’Keefe said that the competing demands on the tournament make it hard to replicate overseas conditions.

“We’ve got a really broad base of talent and when you bring in the extra overseas you are getting some of that talent from international and it does help the step up. The tough point is the conditions. When you try and battle the broadcasters, where they want to see 160-plus because more fans are engaged and they see more sixes, it goes out to grounds to create flatter wickets with smaller boundaries, then you go over to the West Indies or in Bangladesh and to say we are suited to that we aren’t.

“Think the guys have the skills to combat it, it’s just hard to go from one end of the spectrum to the other. I’ve been a stickler with four-day cricket to try and get the SCG and regional grounds that are dustbowls so we do get that exposure. Five or six of the top nations play on slow wickets and in Australia, we very rarely have conditions that are conducive.”

On his personal decision to sign up for another BBL season, the prospect of Sixers being the first team to secure a hat-trick of titles was enough to sway him in what remains a year-by-year decision on his career.

“The lure of [coach] Greg Shipperd and potentially getting three wins in a row was big, would like to do something that hasn’t been done before the Big Bash,” he said. “I admire those guys who played on into their 40s and are still going, for me it will be different. If I’m bowling well we’ll have that conversation, if the body is not there I’ll look back kindly on how long I’ve been able to play with minimal regrets. Three from three would be a nice way to go out.”

Andrew McGlashan is a deputy editor at ESPNcricinfo