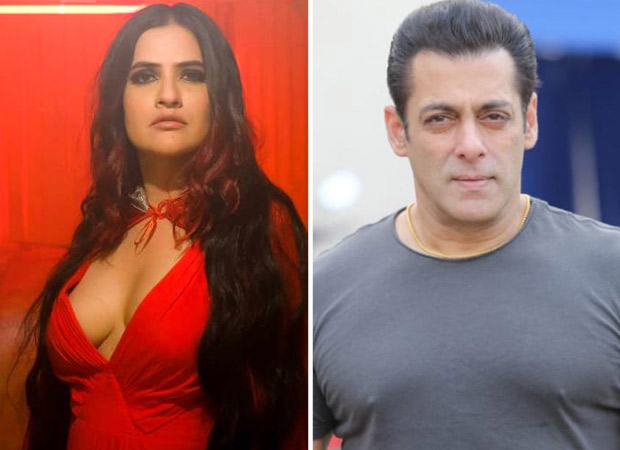 During a promotional event for Sultan, when Salman Khan compared himself to a ‘raped’ woman during his press conference. This created an uproar on social media. Many thought the comments were insensitive, and Sona Mohapatra too joined the criticism. The singer also condemned the superstar when the latter spoke about Priyanka Chopra quitting Bharat to marry Nick Jonas. After she supported Priyanka and her choices, Sona revealed that she had received a lot of flak from fans of Salman Khan that included getting threats of gang rape.

Sona Mohapatra recalled the time when she had defended Priyanka Chopra and her decision to marry Nick Jonas over choosing the Salman Khan starrer Bharat. Speaking to ETimes, she said, “I had gone through the most hideous trolling, including death threats and literally shit being delivered in dabbas (lunch boxes) in my studio, because I had called out Salman Khan for his misogyny and statements. My statements had gone viral.” She mentioned that the threat did not stop there but it worsened in the form of gang rape threats and even with her finding photos of herself morphed on porn websites.

Recalling the harrowing experience she underwent, Sona also mentioned that even her family including musician-husband Ram Sampath had seen how it all affected her. She went on to add, “It was horrible. And then we realised it was a consolidated digital army that was not necessarily just made up of fans. It further scared away women from being online. It was premeditated. There were a lot of paid bots that were in this whole game. I decided to take it head on and it was horrible for my family. It was exhausting, and some days Ram would come back to the studio and I would be sobbing on my couch.”

Sona Mohapatra, who will be releasing her documentary Shut Up Sona, will feature this traumatic experience that she underwent as she was trolled by social media for her remarks on Salman Khan.

Also Read: Bharat: Sona Mohapatra lashes out at Salman Khan, calls him poster child of toxic masculinity after he takes a dig at Priyanka Chopra