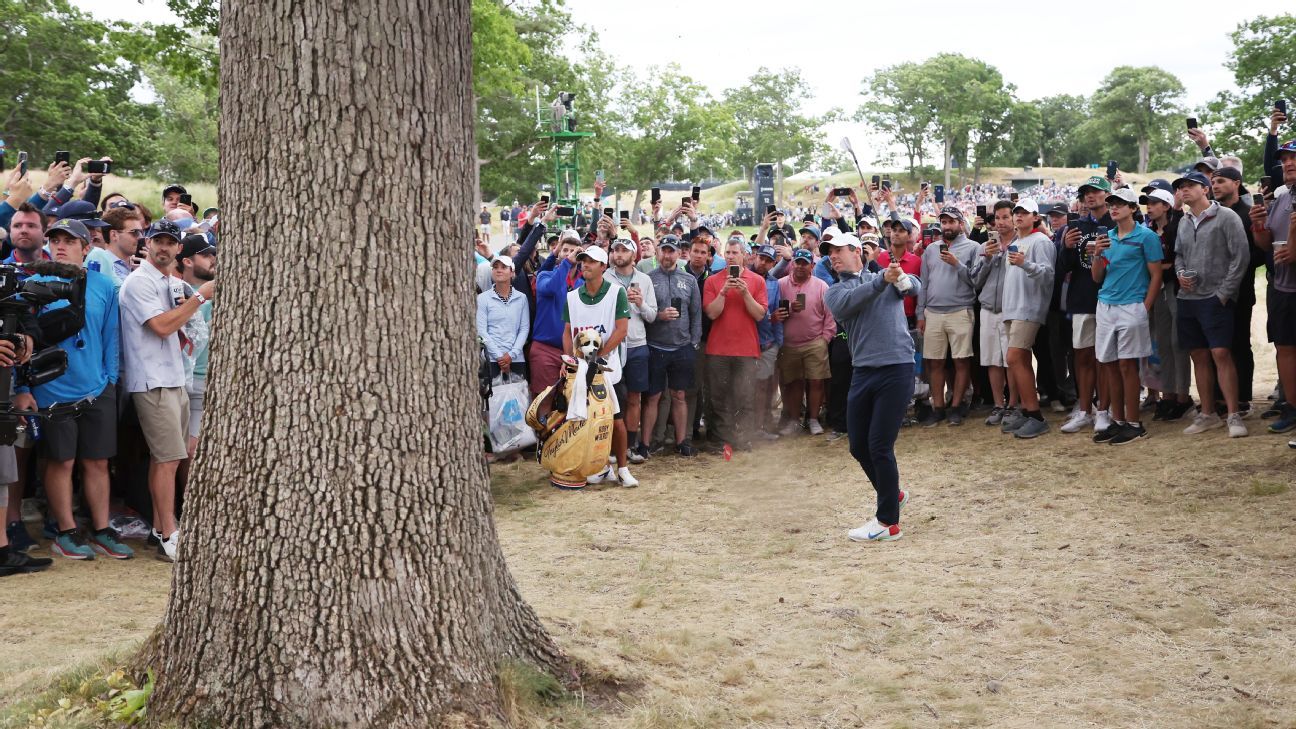 BROOKLINE, Mass. — The Country Club punished the field on Saturday. Expect more on Sunday in the final round of the U.S. Open as a packed leaderboard tries to grab the trophy.

We have you covered with all the happenings:

Matsuyama’s round of 65 is the low round of the week by any player. He finishes the championship with just 6 bogeys or worse. According to ESPN Stats & Info, that’s the fewest in the field and the fewest by any player at the U.S. Open since Gary Woodland had just 4 in his 2019 victory.

6⃣5⃣ Hideki Matsuyama finishes his #USOpen with the low round of the week. pic.twitter.com/PKjViKUM5F

Zalatoris and Fitzpatrick are dialed in

It wasn’t another great week for 2020 U.S. Open champion Bryson DeChambeau. DeChambeau, who had surgery on his left hand in April, shot a 5-over 75 in the final round. He finished 13 over and was tied for 56th when he walked off 18. It was his seventh consecutive finish outside the top 25 in a major, the longest such drought of his career. The next time we see DeChambeau, he’ll be competing in a LIV Golf Invitational Series event at Pumpkin Ridge in Portland, Oregon. He’ll probably be suspended by PGA Tour commissioner Jay Monahan shortly after that. — Mark Schlabach

It’s gotta be the shoes

Hometown favorite Keegan Bradley is honoring the Celtics, Bruins and former Red Sox catcher Carlton Fisk on his custom Jumpman shoes with green and gold laces during the final round. Bradley’s wife, Jillian, is Fisk’s niece.

Justin Thomas gave his late grandpa and dad a Father’s Day tribute by wearing their names on his shoes on Sunday. JT comes from a long line of golf professionals, being mentored by his grandpa, Paul, and coached by his dad, Mike.

JT’s got the perfect shoes for today! 🙌

Eyes on the prize

Bryson DeChambeau scopes out the US Open Championship trophy, which he won in 2020.

Just your average up & down. 😅 #USOpen pic.twitter.com/1nvHuUAWFy

Serena Williams is out of Wimbledon, but it was an epic, incredible match against Harmony Tan