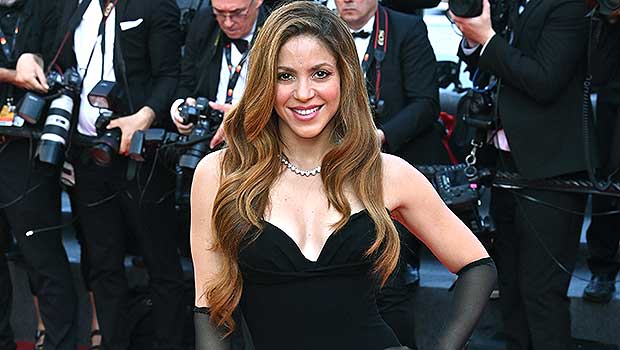 Shakira is expected to go to trial in a tax evasion case in Spain. A judge ordered the case to go to trial on Tuesday, September 27. The singer, 45, is going to trial after she denied that she did not pay taxes in Spain between 2012 and 2014. She was first accused of not paying taxes worth almost $14 million (14.5 million euros) in 2018, and now prosecutors are taking the “Waka Waka” singer to trial. Throughout the proceedings, Shakira has continued to say that she’s innocent, and she’s even rejected a plea deal, where she would’ve avoided jail time. Her PR firm had said that she’d already paid the taxes and 3 million euros ($2.8 million) in interest in a statement to The Associated Press.

Shakira has also called the charges “false accusations,” and said going to trial was a “matter of principle” in a recent interview with Elle. She’s also denied being in Spain for the 183 days required to pay the taxes. “I’ve paid everything they claimed I owed, even before they filed a lawsuit. So as of today, I owe zero to them,” she told the magazine. “I’m confident that I have enough proof to support my case and that justice will prevail in my favor.”

As the singer prepares to head to trial, find out everything you need to know about the case here.

The Charges Against Shakira

The court is based in a town near Barcelona, and there have been six counts of tax fraud brought against Shakira for the period between 2012 and 2014. The law states that residents who live in each country for 183 days or more (or at least six months) out of the year, must pay taxes, but the “She Wolf” singer has claimed that she didn’t qualify for the stretch of time that the government claims that she was living there. She’s claimed that her official residence was in the Bahamas at the time, per NBC News.

Besides claiming that Spain was not her official residence, Shakira has also claimed that she was too busy traveling all over the globe for performances and other obligations during that time period in the aforementioned Elle interview. She’s claimed that her former relationship with soccer player Gerard Pique, whom she split up with in June, made her a target for the government. “I didn’t spend 183 days per year at that time at all. I was busy fulfilling my professional commitments around the world,” she told the outlet. “While Gerard and I were dating, I was on a world tour. I spent more than 240 days outside of Spain, so there was no way I qualified as a resident. The Spanish tax authorities saw that I was dating a Spanish citizen and started to salivate.”

While a trial date for Shakira has not been set just yet, she will face serious consequences if she’s found guilty. She may be sentenced to up to 8 years in prison and be fined 23 million euros ($23.5 million) if the court rules against her.

Shakira was given the option to take a plea deal, where she would’ve avoided jail time if she took it. Despite being given the option, her representatives said that she was “fully confident of her innocence,” when she rejected the deal, in a statement at the time. Shakira has accused the government of taking part in a “salacious press campaign” to try to “coerce settlement agreements” from taxpayers. She likened her situation to other stars who have faced tax problems, like Cristiano Ronaldo.