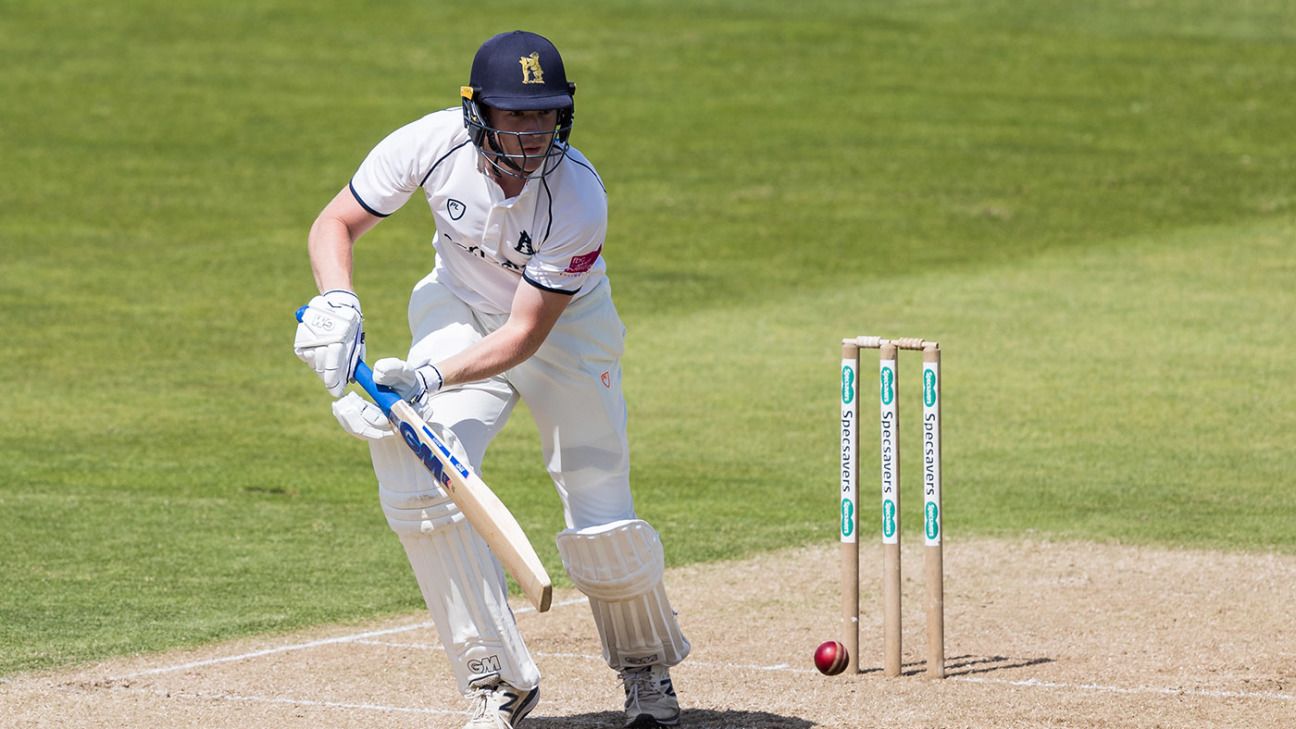 TS Eliot’s J Alfred Prufrock measured out his life in coffee spoons. At Edgbaston, Dom Sibley and Rob Yates preferred to measure theirs out in dot balls. Prufrock reflected upon the mundanity of his measured existence. Sibley and Yates took pride in theirs and reckoned that the boredom they felt obliged to impose on the world might bring Warwickshire a Championship. You have to be a serious-minded sort to enjoy either.

Professional sport provides entertainment as a by-product and as a consequence some of the worthiest days can be unbearably tedious. This was one of them: entirely justifiable, eminently responsible, but mind-numbingly boring for all but the most committed county diehards. There were a couple of hundred of them around Edgbaston, which glinted harshly, unforgivingly, on a stultifying September day, and when their watching was done, and they shook themselves down, Warwickshire had plodded to 139 for 2 in 67 overs on a dead surface, roughly two runs an over and almost halfway towards the 296 they need for victory. Since 20 wickets fell on the first day, the tone had certainly shifted.

Hampshire are likely to contest the final day without Mohammad Abbas, who turned in figures of 10-6-8-0 then 10 minutes before tea went lame halfway down his run-up, hobbled over the crease and fell to the ground clutching an injured ankle. He is not expected to reappear. Considering that blow, their own perseverance with the ball also stood out.
Their most potent threat could come from the left-arm spinner, Liam Dawson, who has found slow turn and could benefit from the footholes of the left-armer Keith Barker. He has taken both Warwickshire wickets to fall – Sibley and Chris Benjamin – and he might have added Yates shortly before the close, on 60, if James Vince had held a decent opportunity at slip.

Sibley, dropped by England after the first two Tests against India, does not appear to have responded by exploring his more frivolous side. His suspicious forward pushes and sculpted leave-alones should have been watched to the soundtrack of Gorecki’s Sorrowful Song symphony, once nominated as the dullest piece of music of all time – although probably by someone who loves the Hundred.

If short-form cricket is often dismissed by its detractors as superficial then it has to be said that Championship cricket, at its worst, can for many be unwatchable. The connoisseurs will call it riveting, as they always do, and the match might well reach a dramatic conclusion, but once Hampshire’s last two wickets had been prised out just before lunch the third day was a dirty job and Sibley and Yates got down to it. They represented the nature of this Warwickshire side – professional, judicious and not always exciting.

Sibley’s demise – after chiselling 47 runs from 160 balls – was entirely unexpected. His monkish innings of self-denial ended when he took it upon himself to slog-sweep Dawson and contrived to strike the ball straight up in the air. Self-mortification surely followed.

Sibley had struck three boundaries, one of them a fortunate edge against Felix Organ, towelled himself down in the heat on about the same number of occasions, and had run brightly with Yates between the wickets. His most anxious moments had been an lbw appeal that the bowler, Brad Wheal, wasn’t really interested in, and the time he edged Dawson in front of slip when he had 26 from 97 balls.

Yates was equally secure, just as functional if not quite as celebrated when it comes to the art of self-denial. His fours – nine of them – represented a veritable feast and helped him to 70 from 199 balls by the close. The first boundary, a suspicious dig out of Abbas’ yorker, trickled to the boundary. The best was a pull against his former team-mate, Keith Barker, when he quite forgot himself. Hampshire will mention the thick edges, too, several of them scuttling to the boundary as if to torment them further.

Wheal was convinced he had Yates lbw in mid-afternoon – and stills of the moment the ball hit the pad, and the appeal was denied, found their way into the mailboxes of several Hampshire trustees.

The other wicket to fall was that of Benjamin, a batter fresh to county cricket and full of optimism, who was comparably restive at No. 3 and was caught failing to clear mid-on. On such an attritional day, he must have felt like a young man at the wrong party. But it’s a party that Warwickshire, barring Dawson heroics, look like they are going to have enjoyed attending.