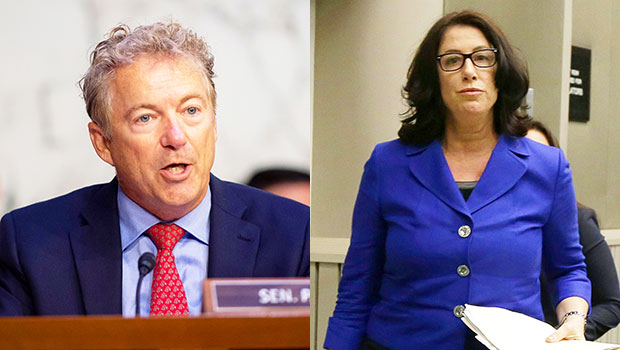 Kentucky Senator Rand Paul called out House Speaker Nancy Pelosi’s daughter Christine in a statement, where he also wished Nancy’s husband Paul a quick recovery after he was attacked by an intruder (the suspect has been identified as David DePape, 42) in their San Francisco home on Friday, October 28. The Republican politician referenced a 2020 tweet by Christine, where she made light of an incident where he was attacked by a neighbor. “No one deserves to be assaulted. Unlike Nancy Pelosi’s daughter who celebrated my assault, I condemn this attack and wish Mr. Pelosi a speedy recovery,” he tweeted.

No one deserves to be assaulted. Unlike Nancy Pelosi’s daughter who celebrated my assault, I condemn this attack and wish Mr. Pelosi a speedy recovery. https://t.co/2LxIlbIYQP

Christine had quote tweeted a journalist speaking about Rand being diagnosed with COVID-19 in March 2020. The tweet noted that the senator was most upset because he couldn’t be with his wife, who has MS, for two weeks after testing positive for the virus. “Rand Paul’s neighbor was right,” she wrote. The tweet was deleted for breaking Twitter’s rules.

The incident that she was seemingly referring to was one where Rand got into a dispute with a neighbor over their yards. Rene Boucher, the neighbor, attacked the senator while he was mowing his lawn, and fractured his ribs. Rene was sentenced to 9 months in prison for felony assault, per NBC News.

The House Speaker revealed that an intruder had attacked her husband in her home in a statement on Friday, October 28. Paul Pelosi was taken to the hospital, and the invader was taken into custody. Police sources revealed to CNN that the attacker had shouted “Where is Nancy?” upon entering the congresswoman’s home. “Early this morning, an assailant broke into the Pelosi residence in San Francisco and violently assaulted Mr. Pelosi.  The assailant is in custody and the motivation for the attack is under investigation.  Mr. Pelosi was taken to the hospital, where he is receiving excellent medical care and is expected to make a full recovery,” a spokesperson for Pelosi said in the statement.

Police confirmed that they responded to the attack and took the assailant into custody. “On October 28, 2022 at 2:27 am, San Francisco Police Department responded to the 2600 block of Broadway for a home break-in. During the incident, an 82-year-old male was attacked. The suspect was taken into custody. The victim was transported to a local hospital,” the San Francisco Police Department told HollywoodLife.

In a press conference following the attack, Police Chief William Scott said that DePape would be charged with attempted homicide, assault with a deadly weapon, elderly abuse, and burglary, as well as other felonies, for attacking Paul Pelosi.

Paul Pelosi: 5 Things To Know About Nancy’s Husband Who Was Attacked In Home By Intruder

In the House Speaker’s statement, the spokesperson revealed that Nancy wasn’t present at the time of the attack, but did thank all the first responders for helping her husband. “The Speaker was not in San Francisco at the time,” they said. “The Speaker and her family are grateful to the first responders and medical professionals involved, and request privacy at this time.”