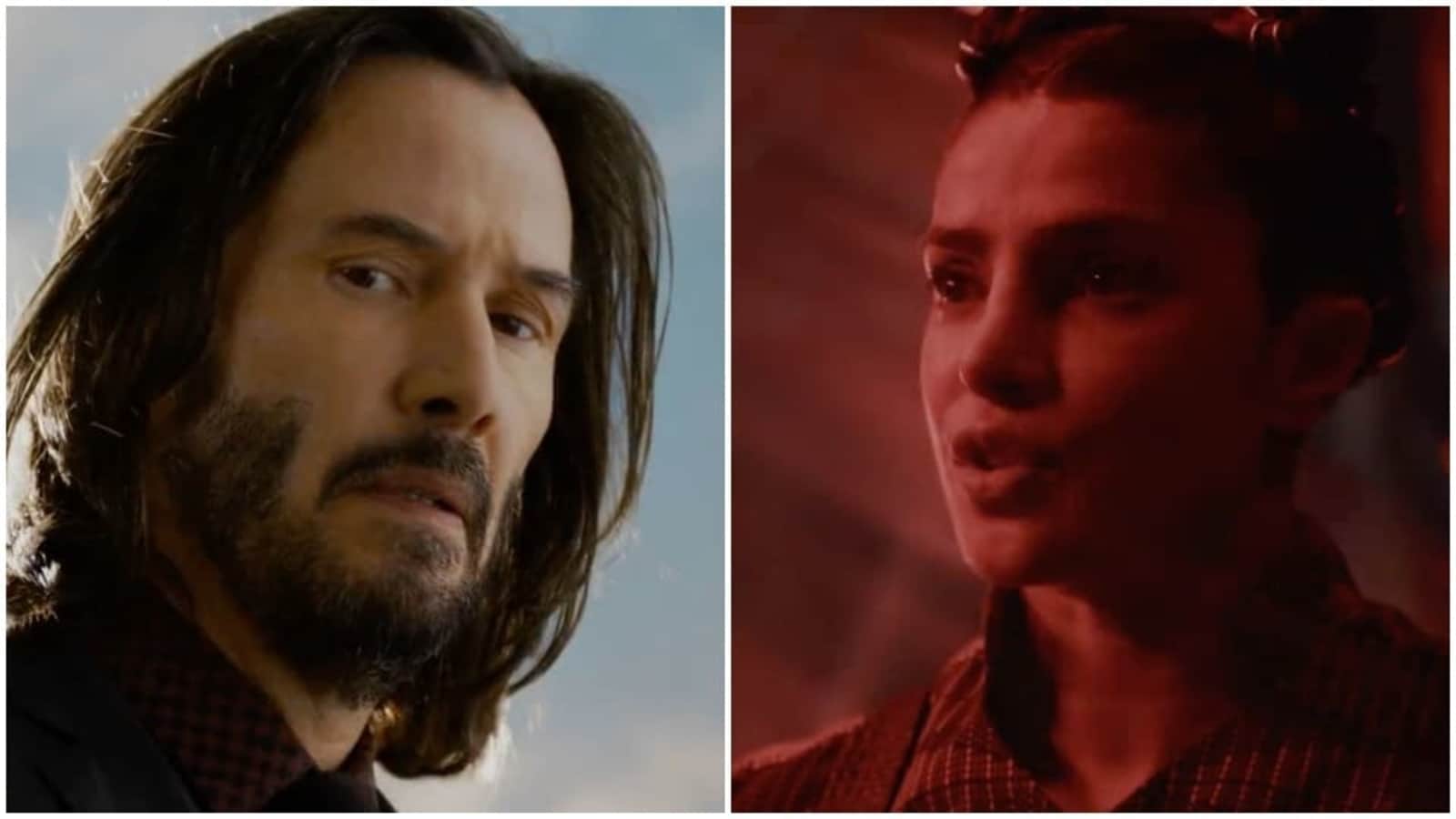 A new trailer of the sci-fi action film The Matrix Resurrections was dropped by Warner Bros. Pictures. In the video, the new powers of ‘Neo’, played by Keanu Reeves, were revealed. Neo is alive again and plugged into the virtual world, living the life of Thomas Anderson.

The Matrix Resurrections trailer also reveals that Trinity is still alive following her death in The Matrix Revolutions. Neo is reunited with Trinity, played by Carrie-Anne Moss, and has to resume his fight to save humanity.

Priyanka Chopra, essays the role of Sati, with a wisdom that belies her years and an ability to see the truth, no matter how murky the waters. In the trailer, she is heard saying, “The most important choice of Neo’s life is not his to make.”

Priyanka shared the trailer on Instagram and wrote, “Remember what is real. Watch the new trailer for The Matrix Resurrections now – in theatres and on HBO Max 12.22.21. Get tickets with the link in bio! #MatrixMonday #TheMatrix.”

Reacting to the trailer, her fans wrote that they were excited for Sati. A fan commented, “Sooo excited for Sati.” “We believe in Sati supremacy,” said another fan. “Sati looks amazing,” said a user. “So proud of you Queen,” wrote a person. “We’re so excited to see you as Sati,” commented another user.

The new trailer gives a glimpse of Matrix’s digital world as well as the post-apocalyptic one beyond it. The trailer also teases the return of Agent Smith with Jonathan Groff’s character. Jonathan’s character has not been officially confirmed to be Agent Smith but the new trailer points towards this being the case.

Regina King’s only child Ian Alexander Jr. dies by suicide at the age of 26 – “He was a bright light” : Bollywood News...