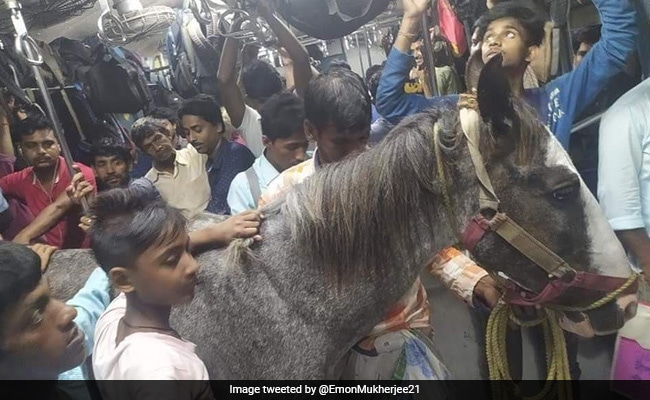 Viral pictures on social media of a horse enjoying a ride in a packed local train has landed its owner in trouble with the RPF arresting him for offences under the Railway Act, an official said on Saturday.

Gafoor Ali Mollah, a 40-year-old man, had decided to give his horse a train ride from Dakshin Durgapur to Netra, a distance of 23 km, instead of trudging back home after a tiring race that the stallion had participated in.

After the pictures of the horse standing among passengers in a vendor compartment of an EMU local train on Thursday became viral, RPF authorities located its owner at his Netra home and arrested him on Friday with the help of the local police.

“He has been booked under various sections of the Railway Act for creating nuisance in railway property and unauthorised occupation in a train,” Eastern Railway spokesperson Ekalabya Chakraborty said, adding that animals cannot be travelling in passenger compartments and a separate wagon has to be booked for the purpose.

Mr Chakraborty also said that the 40-year-old-man and his horse had boarded the train in the evening, when more attention is paid to women’s security in the compartments.