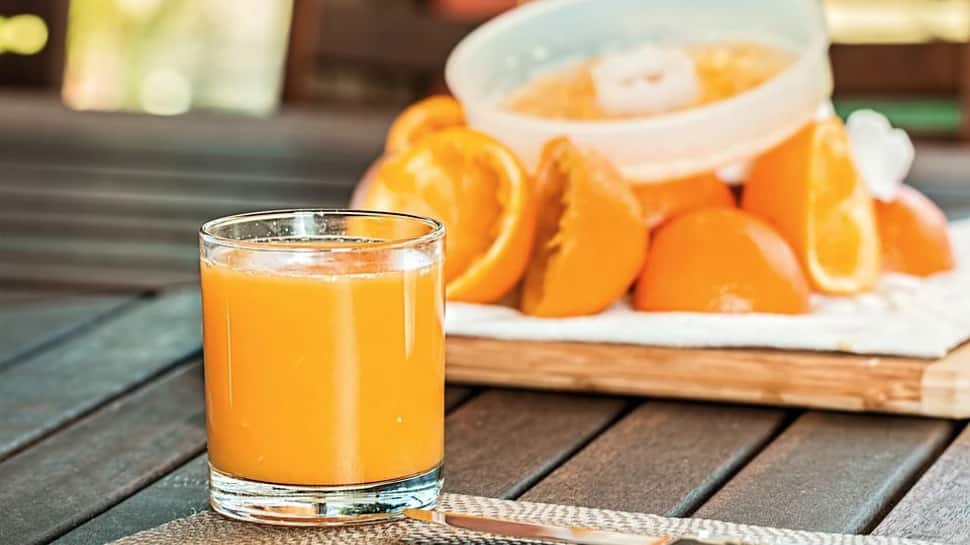 Washington: A new study has suggested 100 percent orange juice has the potential to help fight inflammation and oxidative stress in adults. The findings of the study were published in the journal ‘Advances in Nutrition’. Though limited in scope, the study indicates drinking 100 percent orange juice significantly reduces interleukin 6, a well-established marker of inflammation, in both healthy and high-risk adults.

Two additional inflammatory and oxidative stress markers were also reduced; however, the results did not quite reach statistical significance. The findings of this study, which was funded through an unrestricted grant by the Florida Department of Citrus, harmonise with a previously published FDOC-funded review that reported beneficial effects of hesperidin, the primary bioactive compound found in oranges and 100 percent orange juice, on reducing some markers of inflammation and oxidative stress.

Chronic inflammation may play a key role in causing or advancing some chronic diseases, including heart disease and diabetes. “We know that 100 percent orange juice contains a number of nutrients, like vitamin C, as well as beneficial bioactive compounds that have the potential to reduce inflammation and oxidative stress,” said Gail Rampersaud, Florida Department of Citrus registered dietitian.

“This review tells us that some studies find benefits with 100 percent orange juice, but we need more data and large well-designed studies to make more definitive conclusions. This analysis is especially helpful as we and others plan future research related to orange juice,” added Rampersaud.

The review examined published studies relating to 100 percent orange juice and markers of inflammation and oxidative stress. The review was conducted by the Think Healthy Group and researchers at Tufts University and George Mason University.

The analysis consisted of three parts: a qualitative scoping review of 21 studies with a total of 307 healthy adults and 327 adults at risk for disease; a systematic review of a subset of 16 studies that measured the six most reported biomarkers related to inflammation and oxidative stress in the body; and 10 studies that had sufficient data to conduct a meta-analysis.

The researchers also examined the overall quality and potential bias in the studies. The broad scoping and systematic reviews revealed that, in general, 100 percent orange juice either had beneficial or null (no adverse) effects on oxidative stress or inflammation.

The researchers cautioned that studies included a relatively small number of subjects, had a low strength of evidence, and had a moderate risk of bias; therefore, overall findings should be interpreted with caution.

Omicron virus: Can the COVID variant affect kids in India as observed in South Africa?