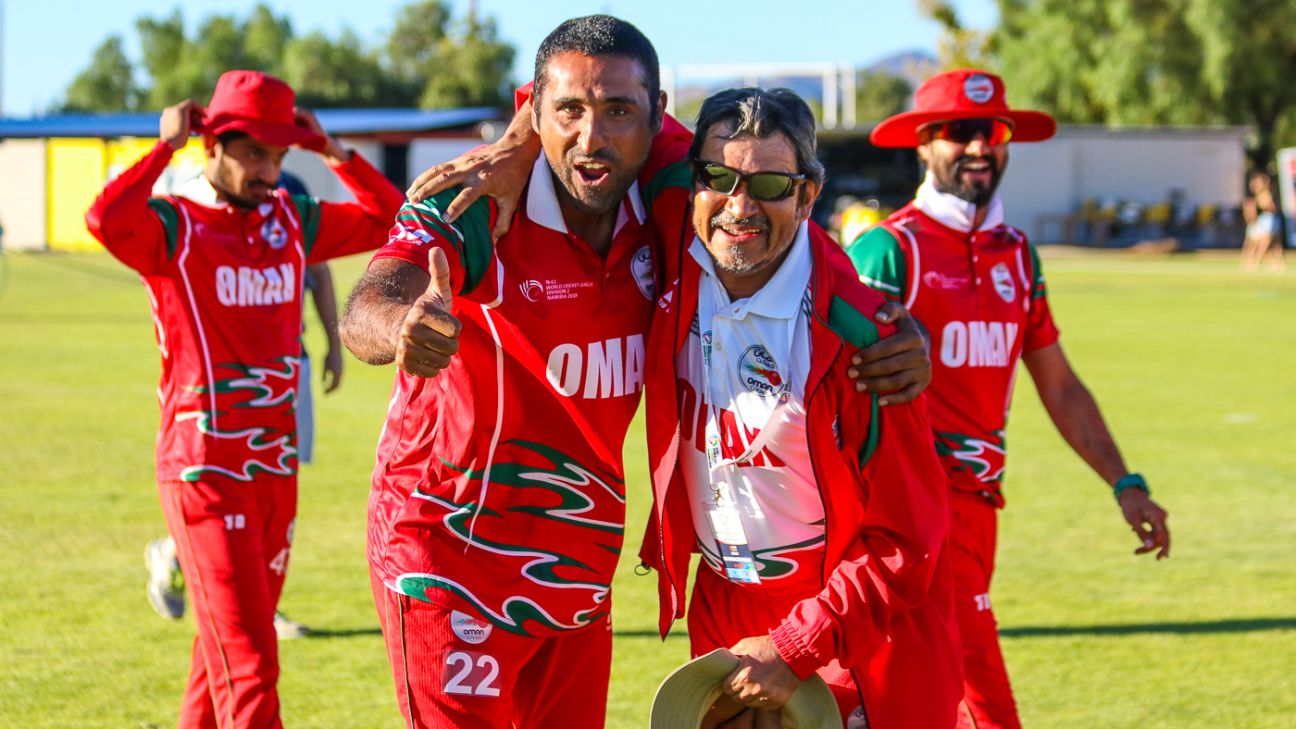 Oman have expressed interest to host Mumbai for a series of T20 matches in the second half of August as part of their preparation for the T20 World Cup, which they are co-hosting with the UAE in October-November.

The proposal is understood to have been put forward by Duleep Mendis, Oman’s chief development officer. They are awaiting a response from the Mumbai Cricket Association, who are likely to deliberate the matter at a meeting this week.

Oman haven’t played a competitive game since the onset of the Covid-19 pandemic in March 2020. Until now, they’ve had to settle for camps and intra-squad games in the lead-up to their second straight appearance at the T20 World Cup.

Oman had beaten Ireland to record their first-ever tournament win during the previous edition in India in 2016. They are grouped alongside Bangladesh, Papua New Guinea and Scotland in Group B of the qualifying phase of the tournament, which will be held in Muscat. They will need a top-two finish in their group to progress to the Super 12 phase of the competition.

“It’s still just on the table, we are awaiting further details and guidelines before we can consider the proposal,” an MCA official told ESPNcricinfo. “It is a good opportunity to play a few pre-season games before the domestic season kicks off.”

If the tour does go ahead, Mumbai, India’s domestic 50-overs champions, will be without their IPL-bound players. Among them are regular captain Shreyas Iyer, stand-in captain Prithvi Shaw, senior players like Aditya Tare, Suryakumar Yadav and Dhawan Kulkarni.

It will be an opportunity, however, for new coach Amol Muzumdar to test their bench strength ahead of India’s domestic season, which kicks off with the Syed Mushtaq Ali T20s in September.

Shashank Kishore is a senior sub-editor at ESPNcricinfo