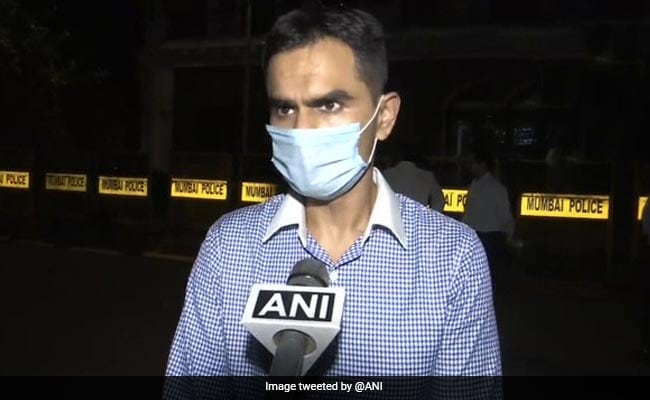 A top officer of the anti-drugs agency Narcotics Control Bureau, who is investigating the case in which megastar Shah Rukh Khan’s son was arrested, has alleged that he is being spied on, sources said. Samir Wankhede — who spearheaded the raid on the cruise ship off Mumbai coast earlier this month, leading to the arrest of Aryan Khan — has alleged that other officers of the team are also being tracked.

Sources in the agency said Mr Wankhede, the zonal director of the agency, and senior officer Mutha Jain met the Maharashtra police chief to complain about the monitoring.

In his complaint, the officer has alleged that he has come across several people, dressed in civil clothes, who were “following his movements”. He has submitted CCTV footage as evidence.

Sameer Wankhede has refused to comment on the issue, saying the matter is very serious.

The arrest of Aryan Khan is fast snowballing into a political issue, with leaders of Maharashtra’s ruling alliance questioning the agency’s handling of the case.

Last week, Nawab Malik, a senior leader of the Nationalist Congress Party, said the man who took a viral selfie with Aryan Khan after his detention is a private investigator, KP Gosavi, and questioned how outsiders were allowed in an operation conducted by a central agency.

Mr Malik also said Manish Bhanushali, a senior leader of the BJP, was also seen in visuals of the raids. This, he said, proved a BJP hand in “maligning Maharashtra with a fake drug bust”.

Both Manish Bhanushali and the agency have denied the allegations. “The BJP has nothing to do with it (the arrests). I received information on October 1 that a drugs party was to be held. I was with the NCB officers (at the ship) for more information,” Mr Bhanushali was quoted as saying by news agency ANI.

The anti-drugs agency has named both the men as “independent witnesses” to the raids. Calling the allegations “baseless”, agency officer Gyaneshwar Singh said “The NCB reiterates its procedure has been and continues to be legally and professionally transparent and unbiased”.

For a third time, Aryan Khan was refused bail today, with the agency contending that he has to be questioned with the other accused to track the international drug cartel it alleges is involved in the matter.

Aryan Khan, his friend Arbaaz Merchant, and six others were arrested on Monday. The agency did not find any drugs on Aryan Khan, but said his WhatsApp chats were incriminating.