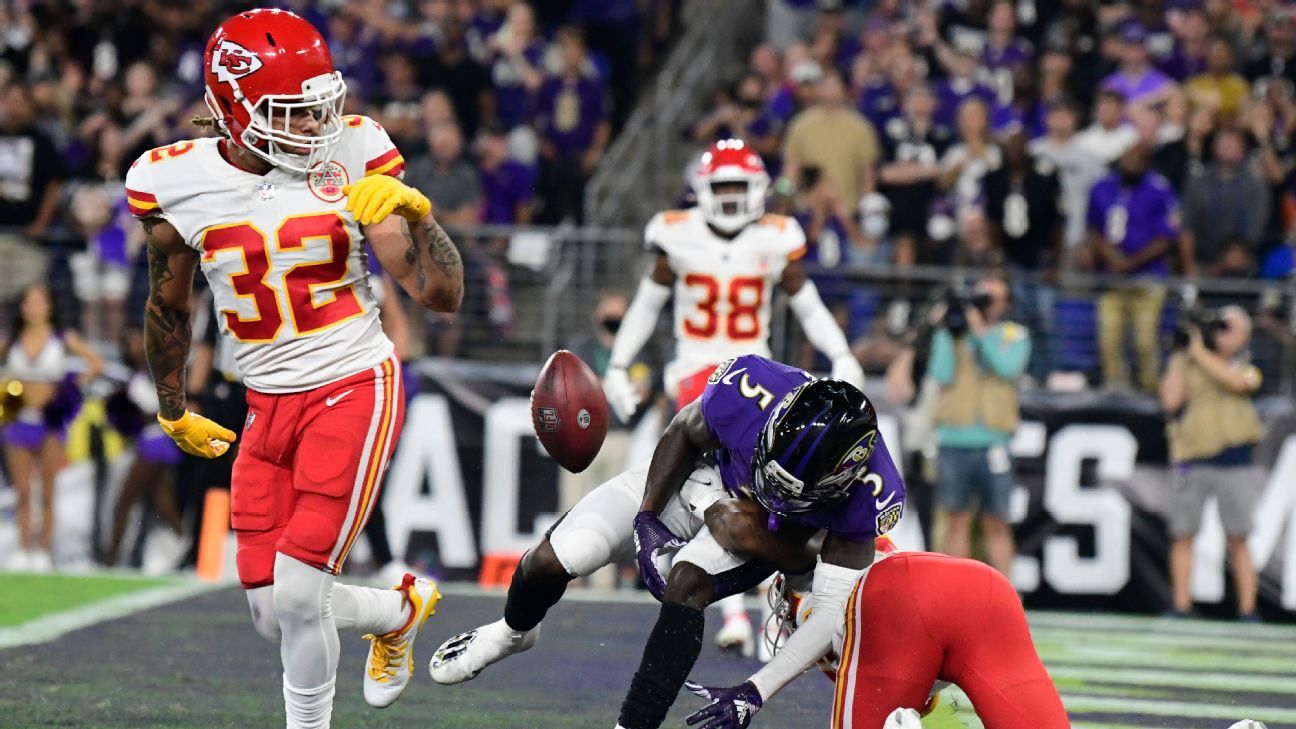 Who should you start? Who should you sit? To help you set your fantasy football lineups and to avoid starting a player who won’t be in the lineup, we’ll post fantasy-relevant updates and analysis here as NFL teams release their official inactives lists, typically about 90 minutes before kickoff. Any rankings cited in this column come from our ESPN Fantasy staff ranks.

Official Sunday inactives should begin coming in approximately 90 minutes prior to the scheduled kickoff time, including around 11:30 a.m. ET for the early games and 2:30 p.m. ET for the late games.

Refresh often for the latest information.

Christian McCaffrey, RB, CAR: Hamstring — Inactive
Impact: This could be the last “Chuba Hubbard Sunday” for the near future.

Joe Mixon, RB, CIN: Ankle — Active
Impact: Samaje Perine and Chris Evans may still get some carries, even though Mixon is attempting to play.

Teddy Bridgewater, QB, DEN: Concussion — Active
Impact: He has cleared the league protocol in time to start in this one.

Melvin Gordon III, RB, DEN: Leg — Active
Impact: He will play, though a split workload with Javonte Williams is to be expected.

Courtland Sutton, WR, DEN: Ankle — Active
Impact: He will try to play, with a combination of Tim Patrick, Kendall Hinton, and David Moore also in the WR mix.

D’Andre Swift, RB, DET: Groin — Active
Impact: Ditto. If the Lions have to throw a lot, Swift could soar.

T.J. Hockenson, TE, DET: Knee — Active
Impact: He will be in the lineup to start, but don’t be surprised to see Darren Fells in the huddle at some point.

Nick Folk, K, NE: Knee — Active
Impact: Let’s face it — he’s likely to be listed as questionable every week until he retires.

Julio Jones, WR, TEN: Hamstring — OUT
Impact: A.J. Brown, however, is back for the Titans.

Nick Westbrook-Ikhine, WR, TEN: Hamstring — Inactive
Impact: He’s done well subbing for his injured teammates, but now he joins them on the sideline.

Dyami Brown, WR, WAS: Knee — OUT
Impact: DeAndre Carter and Dax Milne are likely to see some looks.

Curtis Samuel, WR, WAS: Groin — Active
Impact: He will suit up, but he’s probably going to have some sort of snap limit.

Chase Edmonds, RB, ARI: Shoulder — Questionable
Impact: He’s expected to give it a go, with James Conner prepared to step up.

Sterling Shepard, WR, NYG: Hamstring — OUT
Impact: Kenny Golladay and Kadarius Toney will get the majority of WR looks.

Tyler Kroft, TE, NYJ: Back — OUT
Impact: Ryan Griffin will handle the bulk of TE duties in London.