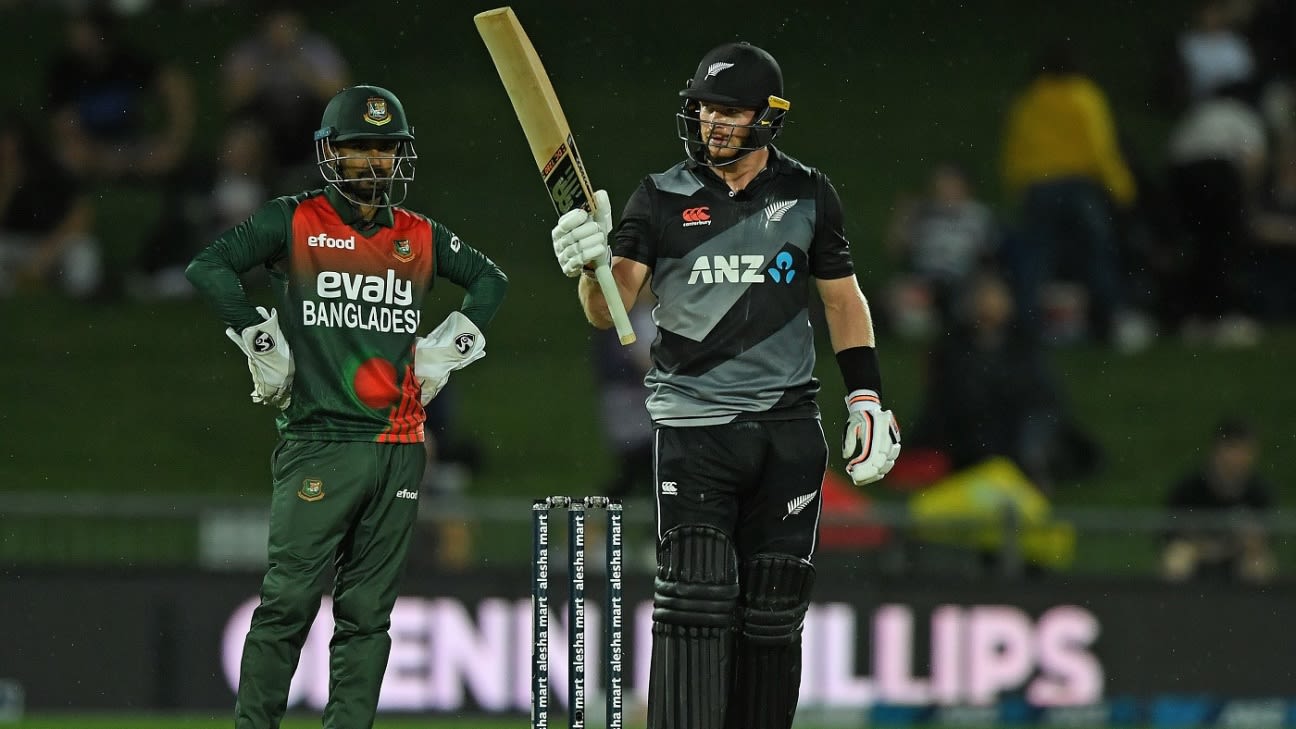 The series will be part of the teams’ preparations for the T20 World Cup, which will be held from October 17 to November 14 in UAE and Oman

Bangladesh will host New Zealand for a five-match T20I series from September 1 to 10, with all the matches scheduled to take place at the Shere Bangla Stadium in Dhaka. The series will be part of the teams’ preparations for the T20 World Cup, which will be held from October 17 to November 14 in UAE and Oman.

The tour concludes nine days before the second leg of the IPL, which begins on September 19. This will be New Zealand’s first tour to Bangladesh since 2013, when the teams played two Tests, three ODIs and one T20I. While the Test series was drawn, Bangladesh won the ODI series 3-0 and New Zealand won the solitary T20I.

Between then and now, New Zealand have hosted Bangladesh twice – for a full tour in 2016 and a limited-overs series 2021. In their most recent outing across March and April, New Zealand whitewashed the visitors in both the ODIs and the T20Is.
Bangladesh are currently hosting Australia for a five-match T20I series at home. Earlier, England’s white-ball tour of Bangladesh, which was scheduled in September-October this year, was postponed to March 2023.