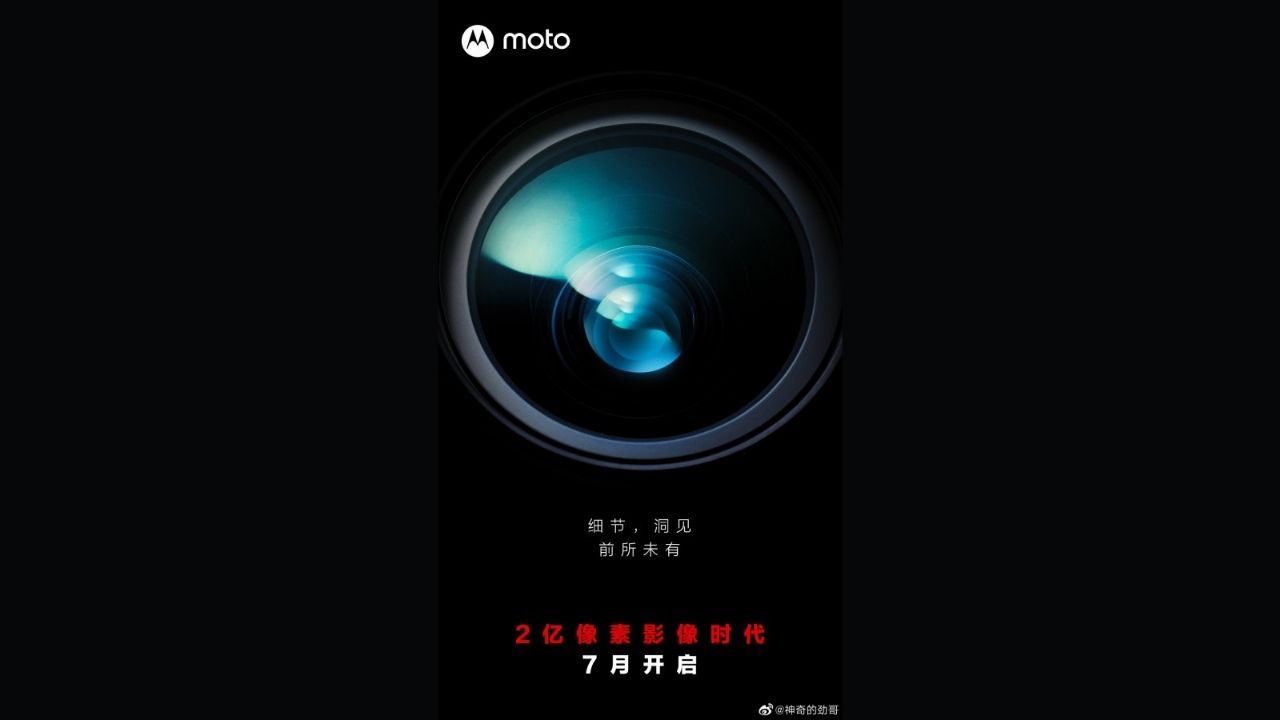 Motorola has shared a poster on the Chinese social site Weibo which teases a forthcoming 200MP phone from the brand. Well, that’s what we glean from the loosely translated texts from the teaser. The said image has got a giant camera lens along with an invitation to “the era of 200-million pixel images” and a promise of an “insight into unprecedented details”. Now, this isn’t the first time we are hearing about a Motorola phone with a 200MP camera. We’ve got a name also which is “Frontier”.

So, could the aforementioned marketing-speak be referring to Motorola Frontier? If yes, here’s what we know about the phone —

From the previous leaks and rumors, we think the phone could sport a 6.7-inch HDR10+ FHD+ 144Hz AMOLED display. There could be a 60MP selfie taker.

As for the rear, the setup could include a 200MP main camera, a 50MP secondary shooter, and a 12MP third snapper.

Inside, the Moto Frontier could be bearing a Qualcomm Snapdragon 8 Plus Gen 1 that was recently announced. The memory combination could go up to 12GB LPDDR5 RAM and 256GB UFS 3.1 storage. The battery size could be 4500mAh and the charging speed could be a stupendous 125 watts.

It is an easy guess that the Motorola phone will have a nearly stock Android 12 software with MyUX skin on top.

Among other things, the handset is likely to have an in-screen fingerprint scanner, 5G, WiFi 6E, Bluetooth 5.2, and a USB-C port.

That’s a very flagship-y assortment of specs. However, as we said, they are still based on the rumor mill. So, we are still waiting for corroborative shreds of evidence to tie in these with the so-called Motorola Frontier. That said we could come across more concrete details in the times leading up to the July launch. Stay tuned.

As for other news, reviews, feature stories, buying guides, and everything else tech-related, keep reading Digit.in.

Corsair HS65 Surround Review: Comfort and quality at a budget