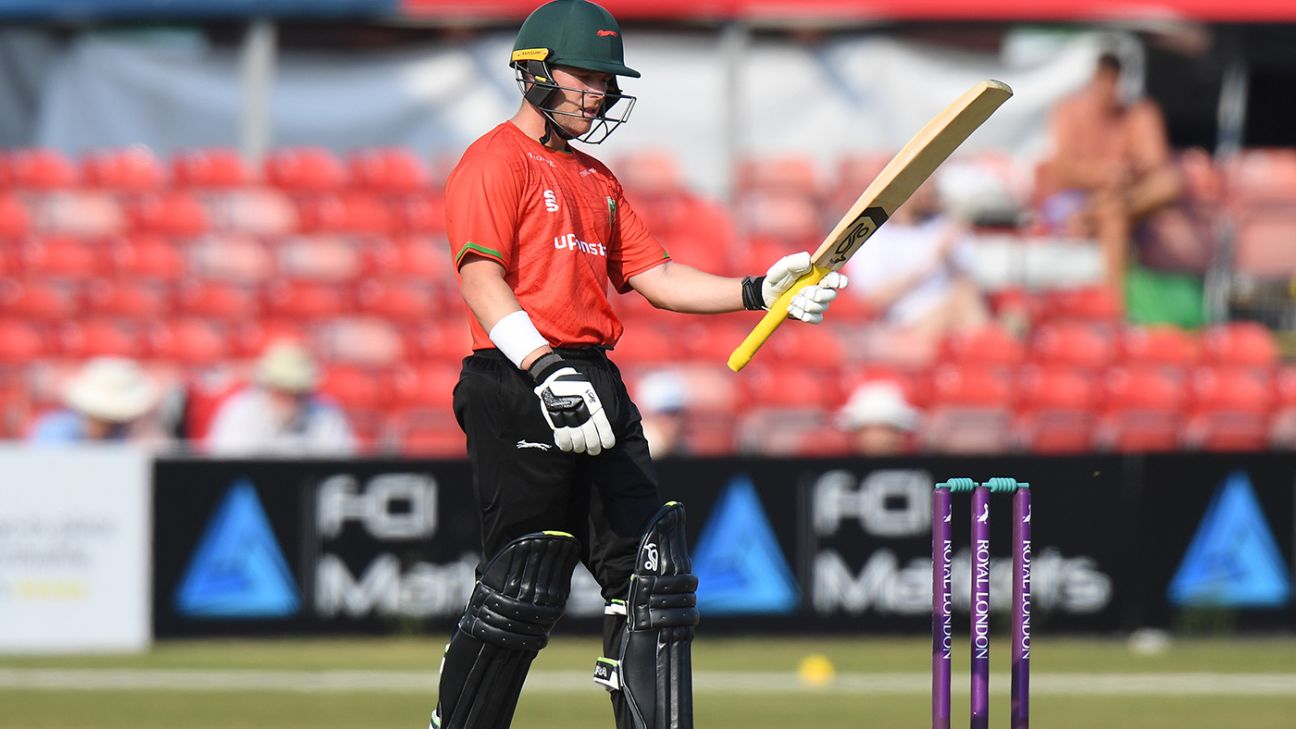 On the day Leicestershire announced that overseas player Marcus Harris would not play again this season, a superb 140 from Glamorgan opener Nick Selman proved in vain as their Royal London Cup match at Leicester was abandoned with no result.

The day had started with Leicestershire announcing that Australian opener Harris, who had been set to stay until the end of the Foxes’ Royal London Cup and County Championship campaigns, had been forced to return to Australia early because of concerns that coronavirus-related travel issues might affect his availability at the start of his own domestic season. Harris, 29, had impressed with four centuries across the two competitions, making 887 runs in all.

Meanwhile, Selman’s career-best List A score was backed up by 67 from Billy Root as Glamorgan posted 277 for 8 in 50 overs, the pair sharing a partnership of 123 for the fourth wicket to set a competitive total after the early loss of New Zealand batter Hamish Rutherford for just a single.

George Rhodes claimed career-best figures of 3 for 44 with his off-spin and held three catches and Leicestershire, after winning the toss and giving their bowlers first use of a green-tinged pitch, would have fancied themselves at least to run the group leaders close.

But they were able to complete only one over of their innings before rain arrived, and though a restart with a revised target of 257 from 43 overs was proposed at one stage, more rain put paid to that and play was abandoned at around five o’clock.

Selman’s runs came off 144 balls and included eight fours and a six. He almost batted through the full 50 overs but was run out off the first delivery of the final over. Root hit four fours and a six in his 60-ball contribution.

Earlier, after Rutherford had been caught brilliantly by Rhodes at backward point in the second over, Selman shared a valuable partnership of 92 with Steven Reingold. They were not separated until the 20th over, when Reingold’s attempted pull against Rhodes saw him leg before.

Skipper Kiran Carlson soon became a second victim for Rhodes but Root was busy from the start and he and Selman found the open spaces in the ground’s expansive outfield to keep the scoreboard moving.

When they went on the attack, Root swept Arron Lilley for six and cut Gavin Griffiths for four to pass fifty from 47 balls, shortly before Selman, having gone to three figures from 120 deliveries, sent teenager Rehan Ahmed’s leg-spin clattering into the brickwork at long-on, requiring a change of ball.

Leicestershire’s Ben Mike was another absentee as he completed a two-match suspension imposed after he was ruled to have deliberately damaged the pitch with his spikes during a match against Northamptonshire in the Vitality Blast. The Foxes were also docked a point for the 2021 Blast season by the Cricket Disciplinary Commission, which had no effect on their sixth-placed group stage finish, outside the knockout places.

The commission also handed Leicestershire a suspended points penalty on Wednesday after the club had accumulated six fixed penalties within the past year. Should the club incur another fixed penalty in the next 12 months, they will lose 12 points in the Championship, or two in the Royal London Cup or T20 Blast.