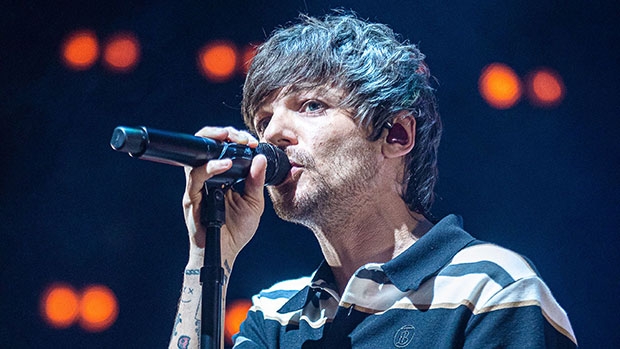 A little bit of small talk got shady when Louis Tomlinson swung by the July 25 episode of Smallzy’s Surgery. At the start of the chat, host Kent Small brought up how it had been eleven years since he and Louis, 30, first met. This prompted the One Direction member to reflect on another auspicious anniversary. “Twelve years ago today, the band got formed,” said Louis, commemorating the formation of 1D on The X Factor. After a bit of back-and-forth banter, Louis added, “but the first album was s–t anyway.” ‘

Up All Night arrived on Nov. 18, 2011, in the United Kingdom, with a worldwide release the following year. The album, certified triple-Platinum by the RIAA, contained the chart-topping “What Makes You Beautiful” and other hit singles like “Gotta Be You,” “One Thing,” and “More Than This.” The band would replicate the commercial success with 2012’s Take Me Home, but sales diminished with subsequent releases – 2013’s Midnight Memories, 2014’s Four, and their final album, 2015’s Made in the A.M.

One Direction went on hiatus in 2016, and all the members – Louis, Harry Styles, Liam Payne, Niall Horan, and former member Zayn Malik – have released solo albums. Louis released Walls in January 2020. It reached No. 4 on the U.K.’s official albums chart and was certified Silver in his native country. When discussing the follow-up with Kent, Louis said, “the process [in making it], I’ve enjoyed twenty-times more than the first album, to be fair. And I think, because there’s still pressure obviously for me to deliver a good record, but like, there were just so many opinions in the first album, and me trying to find my feet coming out of a band as big as One Direction. … I feel like I’ve been able to look at this record with a bit more clarity.”

One Direction Then & Now: Photos

With the bandmembers going their separate ways – and Harry, 28, enjoying a commercially successful and critically acclaimed career – the chances of a One Direction reunion soon are low to zero. Niall, 28, did jam out when Harry performed “What Makes You Beautiful” during his solo show at Wembley Stadium on June 19. Considering that, in 2021, Niall referred to his One Direction experience as being like “a prisoner” due to the swarming of fans wherever he went, this reaction from the “Nice to Meet Ya” singer was a welcomed change.

Dominique Sharpton: 5 Things About Al Sharpton’s Daughter Who Was Revealed On ‘Claim To Fame’