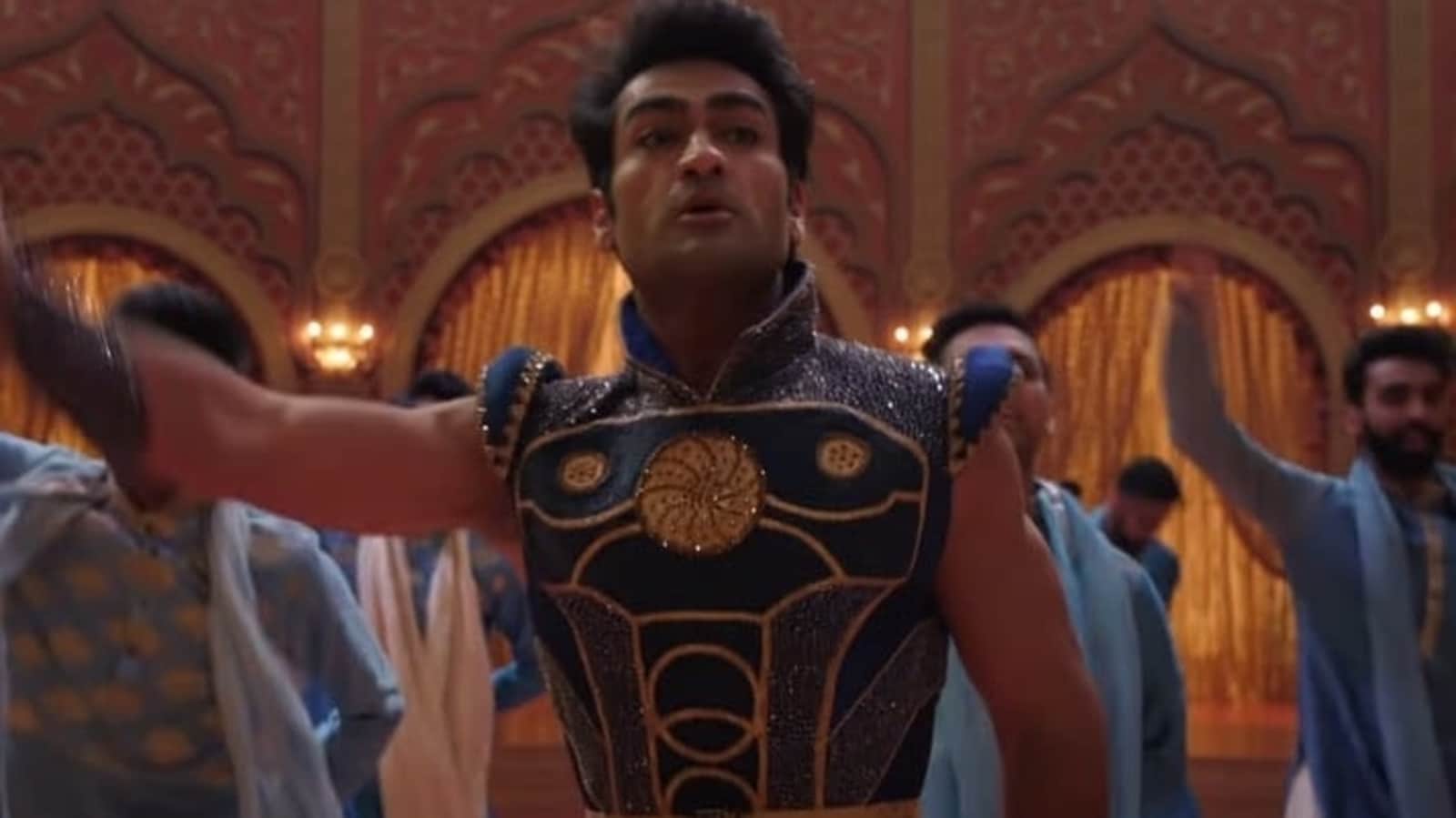 Hollywood star Kumail Nanjiani says he initially turned down the idea of performing a Bollywood dance sequence in Eternals, but director Chloe Zhao convinced him to step out of his comfort zone.

The upcoming Marvel Cinematic Universe film revolves around the Eternals, an alien race living on Earth for over 7,000 years, who team up to protect humanity from their evil counterparts, the Deviants.

Nanjiani, best known for Silicon Valley series and the film The Big Sick, plays Eternal Kingo who can project cosmic energy projectiles from his hands. While living on Earth, he lives undercover as a popular Bollywood star to blend in with the humans.

The Pakistani-American actor-comic said he worked for months with choreographer Nileeka Bose to get his steps right because dancing was “outside my comfort zone”.

“By far the hardest thing was the dancing, I kind of put Chloe on the spot. I can’t swear, so put in a swear word here. Chloe lied to me,” he quipped.

“When we first talked about the movie, she was like, ‘There is a Bollywood dance sequence’. And I was like, ‘Chloe, I don’t think I could do that’. She’s like, ‘Okay, we’ll make it a Bollywood action scene’, and then as soon as I got to London, she was like, ‘It’s a dance sequence’. And I was like, ‘Give me a dance teacher right now — Nileeka who was wonderful,” Nanjiani said in a virtual global press conference, also attended by PTI, on Tuesday night from Los Angeles.

The 43-year-old actor said he completely put his trust in the director and Marvel boss Kevin Feige for his character and its mannerisms, including the way he uses his hands as guns to shoot at the Deviants.

“Usually my instinct would be with an opportunity like this… There’ll be a moment of excitement, and then fear, but just in meeting her, I was like, ‘Oh, she’s not going to let me suck at this thing’ so if she wants me to do something, I’m going to do it because I completely trusted her,” he said.

Nanjiani said he did not always understand things but “knew enough to trust” Zhao, who won her maiden Academy Award for direction earlier this year for Nomadland.

“So, for me, I was like, ‘Yeah, this doesn’t feel like something I would do but if Chloe thinks I can do it, let’s do it. Finger guns… I was like how do I shoot this and she was like, ‘You do that’ (imitating the gesture). I was like, ‘This is so goofy’, she’s like, ‘No, it’s gonna look awesome’ and it looks awesome,” he promised.

The film is slated to be theatrically released in India on November 5 in English, Hindi, Tamil, Telugu, Kannada and Malayalam.

Venkatesh to make a comeback in Bollywood after 25 years with Salman Khan and Sajid Nadiadwala : Bollywood News – Bollywood Hungama

Tom Holland wants his Spider-Man to have ‘tattered suit’ and ripped mask like Tobey Maguire did. Here’s why