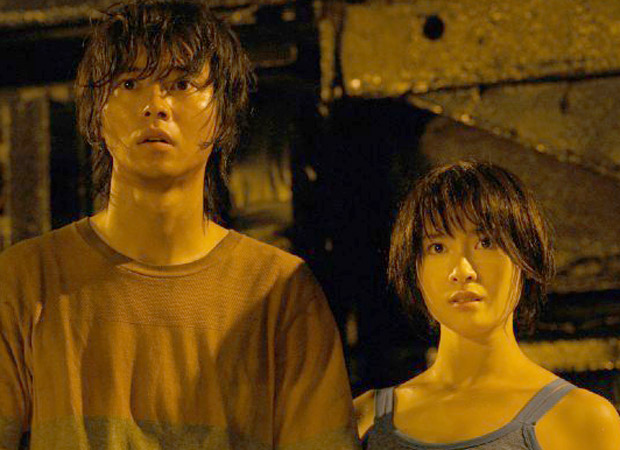 Netflix officially announced the cast and premiere month of the highly anticipated second season of live-action Alice In Borderland adaptation, which recently wrapped up filming.

Kento Yamazaki, Tao Tsuchiya and more to return with Alice in Borderland season 2 on Netflix in December 2022 – “The show is bigger than ever”

The popular Japanese series, that made it to the Top 10 watches in over 70 countries, is officially returning with its original cast of 10 members, who survived and won the deadly games at the end of Season 1, including Kento Yamazaki, Tao Tsuchiya, Nijiro Murakami, Ayaka Miyoshi, Dori Sakurada, Aya Asahina, Yutaro Watanabe, Tsuyoshi Abe, Sho Aoyagi and Riisa Naka.

“Get ready to return to the games—Season 2 of Alice in Borderland has finished filming!” the streaming giant tweeted on March 10. “The 10 cast members who survived the deadly games of Season 1 will face bigger and more difficult challenges when the popular Japanese sci-fi/action series returns in December 2022.”

Get ready to return to the games—Season 2 of Alice in Borderland has finished filming!

The 10 cast members who survived the deadly games of Season 1 will face bigger and more difficult challenges when the popular Japanese sci-fi/action series returns in December 2022. pic.twitter.com/qeHSaFNKYe

“We had these really large-scale scenes everyday and the world of the show is bigger than ever. I enjoyed filming the show very much and look forward to the final production”, Kento Yamazaki said. Tao Tsuchiya then added, “Each shot has big set pieces, like explosions. I was able to experience it like my character Usagi, in those realistic scenes. Everyday was such a valuable experience for me. I felt it was a really enjoyable time.”

The hit thriller’s first season caused frenzy in Japan and around the world when it first premiered in December 2020 following which the show was immediately renewed. Based on Aro Haso’s manga of the same name, the series follows the story of obsessed gamer Arisu and his friends who try to survive a dystopian world, an emptied-out version of Tokyo, where they have to compete in deadly games to get out alive.

Golden Child’s TAG to go on hiatus due to health concerns; rest of the members to proceed with their schedules : Bollywood News –...

“The way Akshay Kumar has spoken about being rejected for Jo Jeeta Wohi Sikandar is very derogatory and condescending. I never said he was...