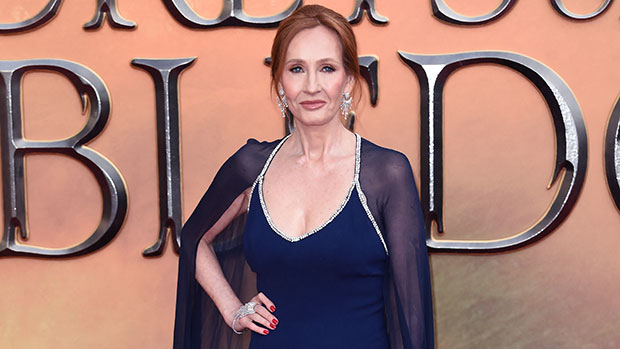 J.K. Rowling addressed her absence from the HBOMax Harry Potter 20th Anniversary: Return To Hogwarts special in a new interview with Graham Norton on Virgin Radio on Sunday, August 27. The author revealed that while she was asked, she opted not to, because she felt like the special was going to be more focused on the movie versions. “I was asked to be on that, and I decided I didn’t want to do it. I thought it was about the films more than the books—quite rightly. That was what the anniversary was about.

Rowling, 57, was included in the January special with archival interviews shown with her offering commentary. When Graham asked the Harry Potter author why she’d been left out, but she revealed that she had made the choice to not participate. “I wasn’t actually [excluded],” she said. “No one said, ‘Don’t come.’ I was asked to do it, and I decided not to.”

Graham then asked if she keeps in touch with any of the actors who brought her Harry Potter characters to life, and she admitted that her relationships with different stars varies. “Yes, I do [have a dialogue with them]. Some more than others, but that was always the case. Some I knew better than others,” she said.

The interview came nearly three years after the Harry Potter writer was accused of being transphobic, after supporting a woman who was fired for transphobic tweets in December 2019. While Rowling defended her stance in a blog post in June 2020, tons of stars from the Wizarding World franchise have expressed their support for members of the LGBTQ+ community, and transgender people in particular, in light of the author’s comments.

Notably, Daniel Radcliffe, who played “The Boy Who Lived” himself, released a statement via the non-profit The Trevor Project, reiterating his support for the LGBTQ+ community. “Transgender women are women. Any statement to the contrary erases the identity and dignity of transgender people and goes against all advice given by professional health care associations who have far more expertise on this subject matter than either Jo [J.K. Rowling] or I,” he said at the time.

Matthew Lewis’s Wife: Everything To Know About Angela Jones & Their Marriage