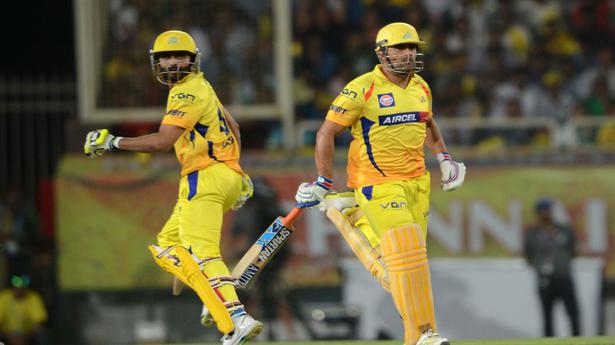 Ravindra Jadeja, who took over as captain of Chennai Super Kings this year, has had a baptism by fire so far with three straight defeats in the opening fixtures.

The skipper, however, refused to set the alarm bells ringing and felt the team could get its title defence campaign on track soon.

“In T20 cricket it is a matter of just one match. If we get that first win, we will get that momentum and we are just searching for that one win,” said Jadeja after the team’s 54-run loss to Punjab Kings on Sunday.

“We have experienced players who know their roles and don’t need to be told anything. We are working hard and hoping what we want to do clicks,” he said.

The team is feeling the absence of opening bowler Deepak Chahar as neither Tushar Deshpande nor Mukesh Choudhary has managed to pick up wickets in the PowerPlay and have leaked runs, too.

“It is always important to get wickets in the PowerPlay. As a bowling unit, you want two-three wickets. We are missing Deepak and his early breakthroughs and his return will make the bowling unit stronger,” said Jadeja.

Opener Ruturaj Gaikwad, who topped the run charts last year, too has struggled so far in the three games but the skipper backed him to come good soon.

Commenting on the chase, Jadeja explained, “from ball one, we didn’t get the momentum we were looking for. If you lose early wickets, you don’t get that rhythm and find it difficult.”

A well-deserved opportunity for Keerthi James