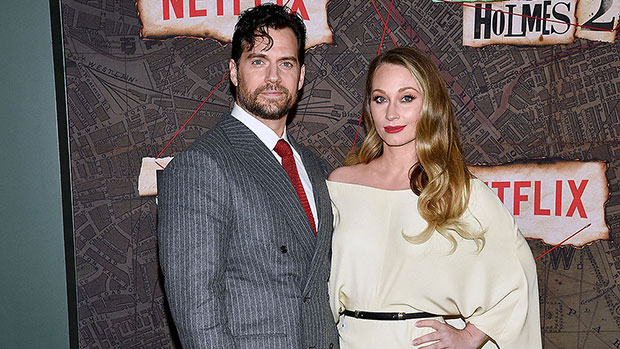 Henry Cavill and Natalie Viscuso just made their red-carpet debut, and the couple of one and a half years looked radiant! Henry, 39, appeared on the red carpet for the premiere of Enola Holmes 2 on Thursday, October 27 in New York City, looking dapper in a pinstriped suit and red tie, complete with a devastating Superman-style forehead curl. Natalie, 32, a former Legendary Entertainment Vice President of Television and Digital Studios, rocked a gorgeous, light yellow cape dress with a sleek black belt. She wore her long, blonde hair down in gorgeous curls, and finished the look with a glamorous shade of classic red lipstick and elegant black pumps. The couple were at the event with the movie’s star, Millie Bobby Brown , who appeared on the red carpet in a sweeping, bubble gum pink halter gown alongside her beau, Jon Bon Jovi’s son Jake Bongiovi, 20.

Henry’s big moment with his leading lady comes during a big year. Aside from co-starring with Millie as Enola’s big brother, the legendary Sherlock Holmes, Henry just announced he will be returning as Superman! “I wanted to make it official that I am back as Superman,” Henry said during an Instagram video clip on October 24. “The image you see on this post and what you saw in Black Adam are just a very small taste of things to come.”Meanwhile, his starring gig on The Witcher continues to make him a Netflix icon, as well. The wildly popular show is currently gearing up for a highly anticipated, and widely talked about, third season.

Henry and Natalie first revealed they were dating in an adorable April 2022 Instagram post. “This is me looking quietly confident shortly before my beautiful and brilliant love Natalie, destroys me at chess,” he gushed, alongside a photo of the duo playing the boardgame. But the rarely seen couple faced backlash, as well, which Henry addressed head on in a May 15, 2021 post, alongside a selfie of the couple.

“I know it can be fun to speculate, to gossip, and to dive into our own personal echo chambers on the internet, but your ‘passion’ is misplaced, and it causes harm to the people I care about most,” he wrote in part. “Even your most conservative of negative assumptions about both my personal and professional life just aren’t true. Let’s embrace this age of social enlightenment together, and move forward with positivity. I am very happy in love, and in life. I’d be enormously grateful if you were happy with me.”