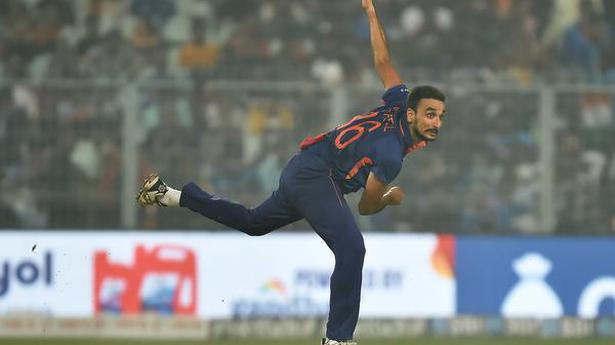 New Zealand’s stand-in skipper Mitchell Santner appeared drained in the virtual media interaction on Sunday night. He was typically courteous in the video call, but the thousand-yard stare when questions were posed to him was hard to miss.

Who could blame him? The side had competed in three T20Is in five days, in three cities. All this just days after the Kiwis made an inspired run to the final of the T20 World Cup in the UAE.

To pencil in a T20I series, which ended with a 3-0 win for India, was opportunistic at best and cruel at worst.

New Zealand Cricket did not help matters, having named the same squad for the T20 World Cup and the India leg. It would have been prudent to rest the senior players (only Kane Williamson opted out to stay fresh for the Tests), if only to give them time to celebrate their World Cup exploits with friends and family at home.

So much has been made recently about safeguarding players’ mental and physical health, given the stresses of functioning in a bubble. On the eve of the first T20I at Jaipur, Tim Southee, the captain for the first two outings, put on a brave face and stated that the hectic schedule does not allow time to “stop and think” about possible mental strains.

Bilateral T20I series, as former India head coach Ravi Shastri explained in a recent interview to The Guardian, lacks significance. Even more so in this case, given that it is much too early to prepare for next year’s World Cup. Shastri, incidentally, cited a 5-0 series sweep achieved by India against New Zealand in early 2020 to make his point.

“Who cares?” he told The Guardian, adding that he couldn’t remember a single ball from those games. A year from now, Shastri and many others might fail to recall the highlights from this 3-0 thrashing.

Perhaps the Kiwis hoped that a few standout performances might raise their stakes ahead of the IPL mega auction. But what new hidden skills can franchises hope to discover from these established stars?

In India’s case, the early exit from the World Cup and personnel changes ensured that the team entered the field in a healthier state of mind. There were some positive takeaways, with Harshal Patel and Venkatesh Iyer making promising starts to their international careers.

Pacer Harshal won the man-of-the-match award at Ranchi, and followed it up with a good all-round show. Venkatesh got some runs, and his steady medium-pace suggests that he can fill the shoes of Hardik Pandya.