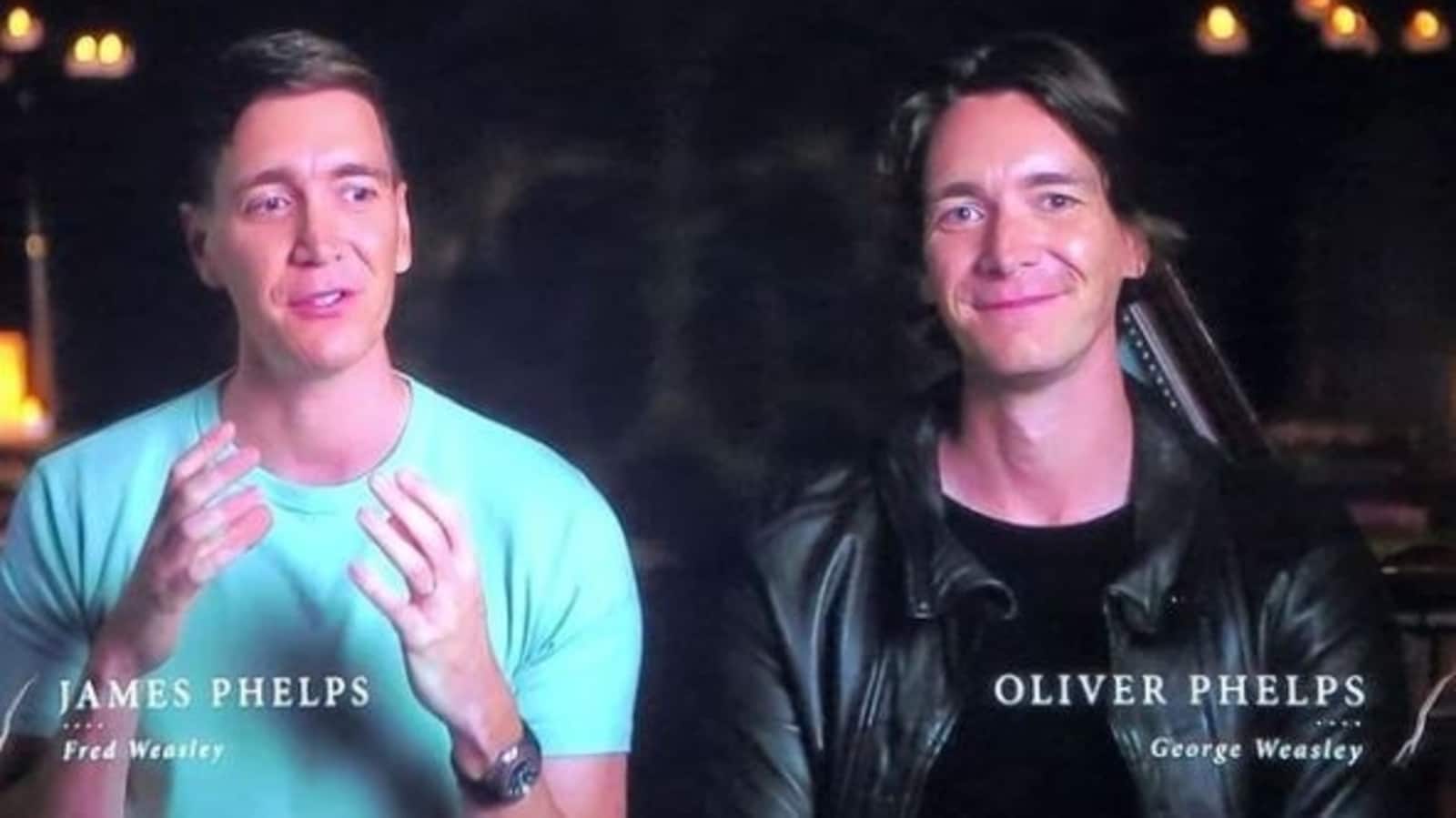 Actor Oliver Phelps, who played the role of George Weasley in the Harry Potter films, has pointed out a goof-up in the Harry Potter 20th Anniversary: Return to Hogwarts special on HBO. Taking to Instagram, Oliver shared a screenshot from the reunion episode which got the names of his and his twin brother James Phelps wrong.

In the picture, Oliver Phelps’s name was written next to James Phelps’ and vice-versa. James essayed the role of Fred Weasley in the Harry Potter movies.

Sharing the picture, Oliver captioned it, “I guess after all those pranks over the years somebody decided to get their revenge. It was fantastic to be part of the HP reunion. Hope you all enjoyed it. #ReturnToHogwarts.”

Reacting to the post, Tom Felton, who played Draco Malfoy in the movies, commented, “It was my doing #weaslebee #returntohogwarts (snake greater than lion emojis).” In the series, the snake is the symbol of the Slytherin house while the lion is symbol for the Gryffindors.

Harry Potter fans also commented with an original line of the Weasley twins from the film. A person wrote, “He’s not Fred, I am. Honestly woman you call yourself our mother.” “Really taking the ‘He’s not Fred I am’ to the next level huh,” said another fan. A person wrote, “I noticed that while watching the reunion today, and it’s still funny.”

This is not the only goof up from the special as recently fans spotted a mistake in which HBO used a picture of actor Emma Roberts, as a child, when talking about Emma Watson. The producers of Return to Hogwarts reacted in a statement to Entertainment Weekly, “Well spotted Harry Potter fans! You brought an editing mistake of a mislabeled photograph to our attention. New version up shortly.” Emma Watson played Hermione Granger in the films.