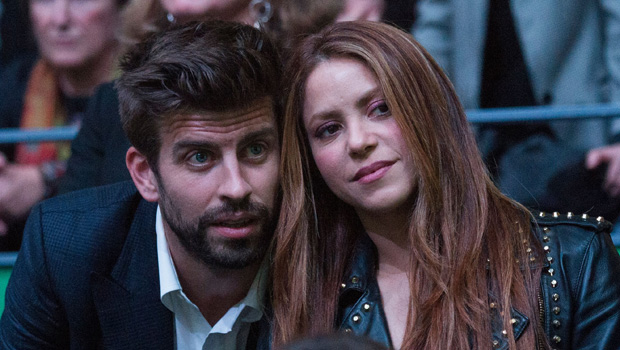 Gerard Piqué was linked to Shakira from 2011 until their official split in June 2022. Over the course of nearly 20 years, the 35-year-old has had a wildly successful professional soccer career. He has played for Manchester United and FC Barcelona and has become one of the most awarded defenders in soccer history. Learn more about Shakira’s ex with these five facts!

He plays centre-back for FC Barcelona and the Catalonia national team, and is widely considered to be one of the best defenders in the sport. Gerard played a key role in the Spain teams that won the 2010 FIFA World Cup and UEFA Euro 2012. He competed against Levante on Feb. 2, 2020, in Barcelona’s Camp Nou stadium, which caused him to miss Shakira’s halftime show. But, everyone was a winner on Sunday, as Gerard’s team won and Shakira didn’t miss a beat or hip shake during her Super Bowl performance. Fun fact: February 2 is actually both of their birthdays!

The pair first met in the spring of 2010 on the set of her “Waka Waka (This Time for Africa)” music video, in which Gerard starred in (see him at the 1:11 mark). The track served as the official song of the 2010 FIFA World Cup. After that, Gerard and Shakira were spotted out together on many occasions. However, it wasn’t until March 2011, that Shakira confirmed their romance in a sweet post on Facebook, alongside a smiling photo of Gerard with his arms wrapped around her waist.

Sadly, by June 2022, the couple officially called it quits after having dated for over 11 years. “We regret to confirm that we are separating,” the couple said in a statement released by Shakira’s public relations firm. “For the well-being of our children, who are our highest priority, we ask that you respect our privacy. Thank you for your understanding.”

Nick Cannon’s 12 Kids: Everything To Know About His Children, Including Those He’s Expecting

After playing for FC Barcelona for over 14 years, Gerard officially announced his retirement via Twitter and Instagram on Nov. 3, 2022. “The last few weeks, months, lots of people have been talking about me. Until now, I haven’t said anything. But now, I want to be the one talking about me,” he said. “Now is the time to bring this journey to its end. I’ve always said that there would not be any other team after Barca. And that’s how it will be.”

5. Gerard Is A Savvy Businessman

In addition to his skills on the field, he is also involved in media and investments. Gerard is the founder and president of Kosmos Holding, a sports and media investment group he started with Hiroshi Mikitani, Edmund Chu, Nullah Sarker, and Mike Evans. In July 2019, Gerard took over a majority stake in the Spanish football club, Gimnàstic Manresa.