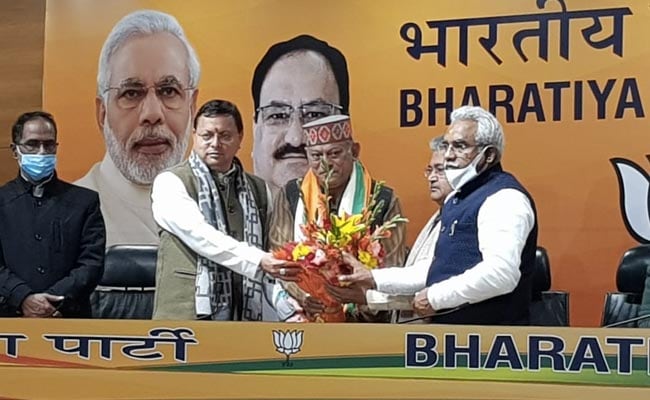 Colonel Vijay Rawat, the brother of India’s first Chief of Defence Staff General Bipin Rawat who died last month, joined the BJP today in Uttarakhand ahead of the state polls.

“My father (Gen. Laxman Singh Rawat) after retiring from the Army, was with the BJP. Now I have got an opportunity. Prime Minister Narendra Modi’s vision is special. All his work is for the progress of this nation. That is what encouraged me to join the BJP. His plan for Uttarakhand is a product of a great vision,” Colonel Vijay Rawat said this evening with Chief Minister Pushkar Singh Dhami by his side.

General Bipin Rawat, who was born in Uttarakhand, his wife, and 12 others died last month after their chopper crashed in Tamil Nadu’s Conoor. “The accident was a result of entry into clouds due to an unexpected change in weather conditions in the valley,” a probe team said as part of its initial findings.

Welcoming Colonel Rawat to the party, the Chief Minister remembered his brother. “General Rawat wanted to work more in Uttarakhand. We are glad that his brother has joined us. I am happier because I am also a soldier’s son. We feel an emptiness ever since we lost General Rawat. His brother is here with us now.”

General Rawat was appointed as India’s first Chief of Defence Staff in 2019. He had served as the Chief of Army Staff for three years earlier.

Colonel Vijay Rawat, whose son is also in the Army, has worked on several postings across India during the 34 years of service, the Chief Minister said. “Three generations of the family are in the Army. We welcome him. We have always worked for the forces,” he added.

The state votes on February 14; results will be out on March 10. While BJP is fitting to retain the state, Congress and Arvind Kejriwal’s AAP  are among the contenders.

“One Or Two In Judiciary…”: Mamata Banerjee Nephew’s Big Claim