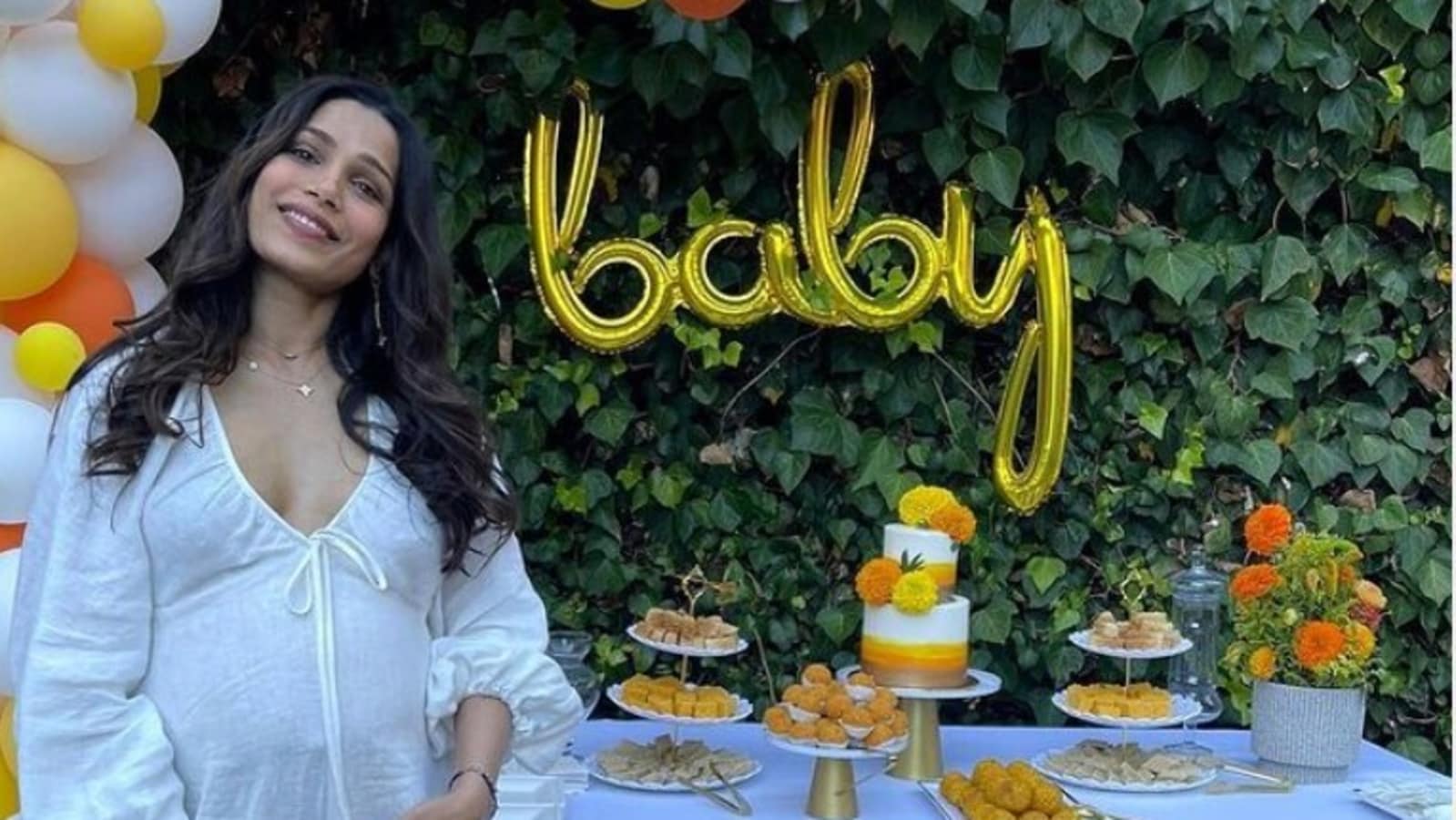 Freida Pinto has shared a glimpse of her baby shower on social media. She also thanked her friends for organising it in a beautiful manner. Freida and her boyfriend Cory Tran are expecting their first child together.

Freida Pinto chose a simple white dress for the occasion. One of the pictures gave a closer look at the actor. Another image showed her caressing her baby bump as she stood in front of a table laid out with sweets. Sharing the pictures, Freida wrote, “Reminiscing about this sweet baby shower! Thank you to my awesome tribe of sisters who made this such a special day for me. Thank you @mssonumb and @preetidesai for leading the charge and @lavieenfilters, @artemisporay and @thekace for bringing in the finishing touches so beautifully. I feel so blessed and lucky!”

Richa Chadha was among the first ones to comment. She wrote, “beautiful so happy for you. Sending love.” Freida’s friends and colleagues also showered love on the post.

Earlier, announcing her pregnancy, Freida posted a picture with her fiance and wrote, “Baby Tran, coming this Fall!”

Freida Pinto had announced her engagement to her boyfriend, photographer Cory Tran, on his birthday in 2019. Freida and Cory reportedly began dating in 2017.

Freida is known for her performance in films such as Slumdog Millionaire, Immortals, Trishna, Love Sonia, Netflix movie Mowgli: Legend Of The Jungle and Rise of the Planet of the Apes. She also featured in Love, Wedding, Repeat and Hillbilly Elegy.

Next, she will be seen in a British limited series that will feature her as Britain’s World War II spy Noor Inayat Khan. It is based on Shrabani Basu’s Spy Princess: The Life of Noor Inayat Khan.

Other than films, Freida Pinto often leads campaigns for women empowerment and promotes the cause of the underprivileged children. She was one of the narrators of the documentary Girl Rising along with Meryl Streep, Sushmita Sen, Anne Hathaway, Priyanka Chopra, Cate Blanchett and Salma Hayek.

Max Harwood: It’s important to have conversation about identity beyond LGBTQIA+ community