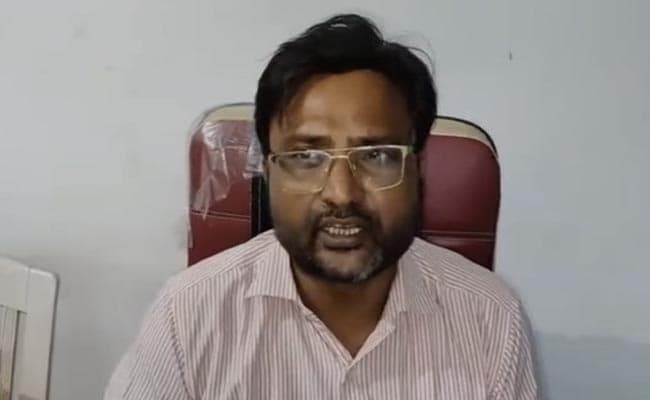 A government engineer’s request for leave on Sundays has become the talking point across WhatsApp groups in Madhya Pradesh, thanks to his claims of rebirth and spiritual awakening peppered with Mahabharata references.

Rajkumar Yadav, a deputy engineer for MGNREGA projects in Agar Malwa district’s Susner, wrote in a WhatsApp message addressed to the panchayat CEO that he has suddenly recollected events of his past life.

He has written that in his past life AIMIM president and MP Asaduddin Owaisi was his childhood friend Nakul and has referred to RSS chief Mohan Bhagwat as “Shakuni Mama”.

“I want to study the Gita in order to know more about my past life. I will also go door-to-door to beg alms in order to erase my ego. As it is a matter of my soul, I request to be given Sundays off,” read the post that he shared on the panchayat’s WhatsApp group.

Speaking to the media, Mr Yadav said they have to sometimes work on Sundays, but following his “spiritual awakening”, he wants to spend the day reading the Gita. “I dreamt that Asaduddin Owaisi was my sakha (friend) and Mohan Bhagwat was also there as Shakuni Mama,” he said.

Though his request was not only turned down but Parag Panthi, the Janpad Panchayat’s CEO, said he will have to show up to the office on Sundays too and work hard to erase his ego. pic.twitter.com/IvRE2Swe4j

In what came as a tit for tat reply, the panchayat CEO Parag Panthi said Mr Yadav should show up at office every Sunday and work hard to “be free of ego”.

Laced with sarcasm, the CEO’s reply said it is out of ego that people want to spend Sunday as per their own wish and this ego needs to be destroyed at its roots. Therefore, he said, Mr Yadav must work every Sunday.

It will have to be seen if the bizarre leave request draws action against the official, but for now it is spreading laughs across social media.