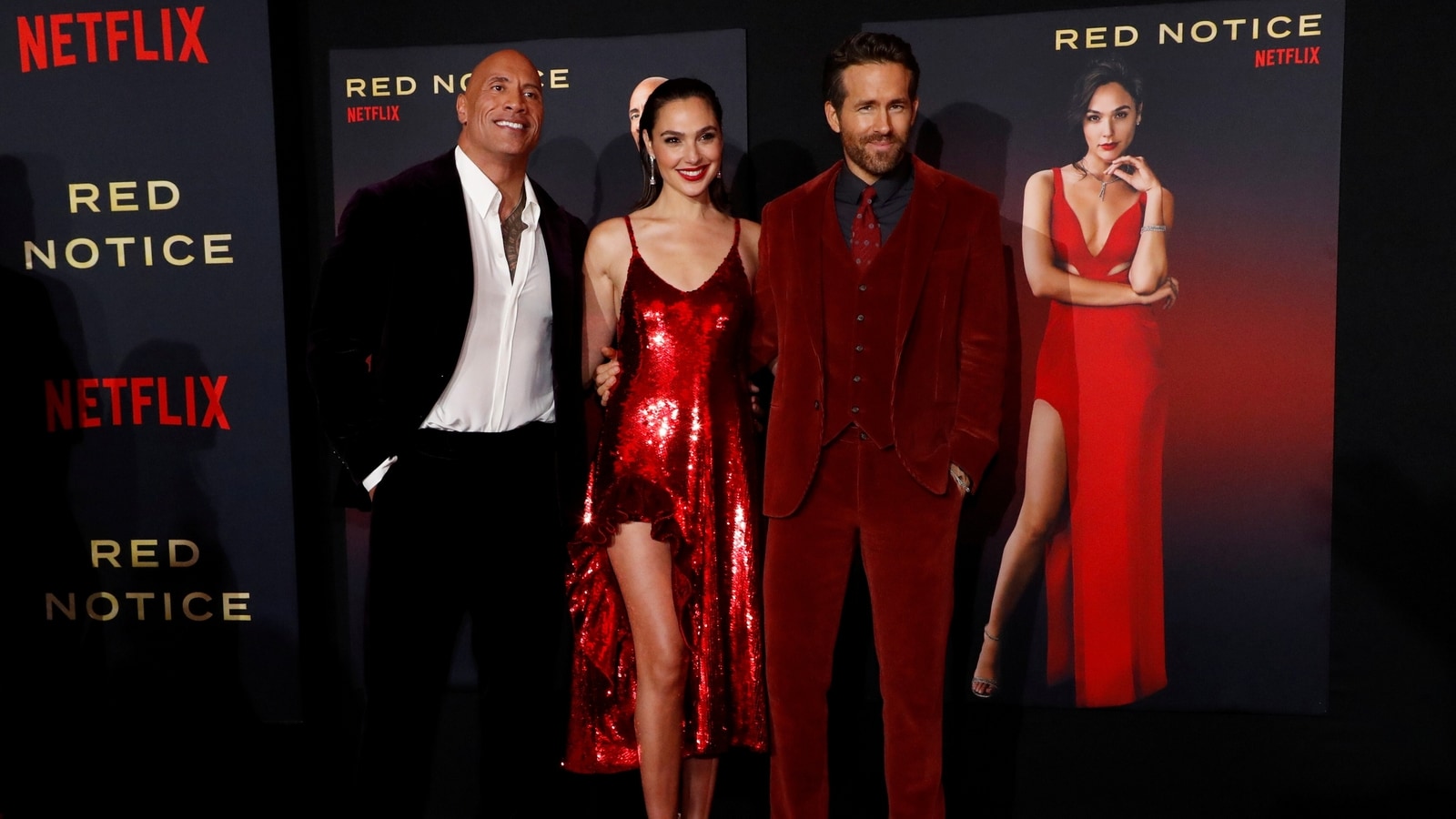 Actor Dwayne Johnson has previously spoken about receiving the news of the death of his father, professional wrestler Rocky Johnson, on the first day of filming Red Notice. In a new interview, he added that he had to leave Red Notice’s shoot and go to the funeral. He then revealed how his co-stars Ryan Reynolds and Gal Gadot supported him after he came back on the sets.

In an interview with People, Dwayne said, “On the first day of filming, my dad died.” He then added how Ryan welcomed him when he returned on the sets. “The moment I walked in the door, Ryan gave me a big hug and said, ‘I got you, man’. The love, bond and brotherhood is there,” added Dwayne. The duo has been friends for over two decades after first meeting at MTV’s Spring Break in Cancun in 2002.

In its review of the film, Hindustan Times said, “The plot is as thin as it gets. New, lazy twists are conjured after every 20 minutes just when Ryan’s nonsense couldn’t hold up the film any longer. Tragic backstories about absentee dads are shoehorned in with little effect. As Ryan lies in bed, looking all sad and recalling how his dad left him for a watch, you cannot help but expect it all to end with another silly ‘gotcha’ joke. Don’t blame us if we don’t believe the boy who cried wolf.”