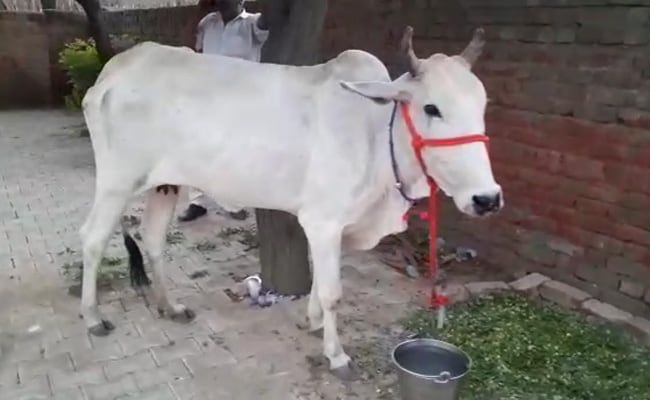 The Allahabad High Court lamented the poor condition of cow shelters in India.

The cow should be declared the national animal of India and its protection should be part of the fundamental rights of the Hindu community, the Allahabad High Court said today. The animal had an important part to play in Indian culture and was revered as a mother across the country, it said denying bail to a 59-year-old Muslim from Uttar Pradesh’s Sambhal district.

The man was arrested and jailed in March this year for allegedly slaughtering a cow.

“The cow has been shown as an important part in India’s ancient texts like the Vedas and the Mahabharata that define Indian culture and for which India is known,” Justice Shekhar Kumar Yadav said in his 12-page order.

“In view of the circumstances, the cow should be declared the national animal and cow-protection should be part of the fundamental rights of the Hindu community because we know that when a country’s culture and faith get hurt, the country becomes weak,” he said.

Justice Yadav denied bail to the man saying he had slaughtered cows earlier, too, causing social disharmony. The court concluded that if released, he would commit the same crime again.

“Fundamental rights are not only the prerogative of beef eaters but also of those who worship the cow and are economically dependent on them,” he observed.

The judge agonised over the state of cow shelters across the country and also over those who talk about cow protection but turn into the animal’s “enemies”.

“The government gets cowsheds constructed but those who work at these cowsheds do not take care of cows. Similarly, private cowsheds are just constructed to show off these days,” the judge said in his order.

How to silence calls from unknown callers on iPhone