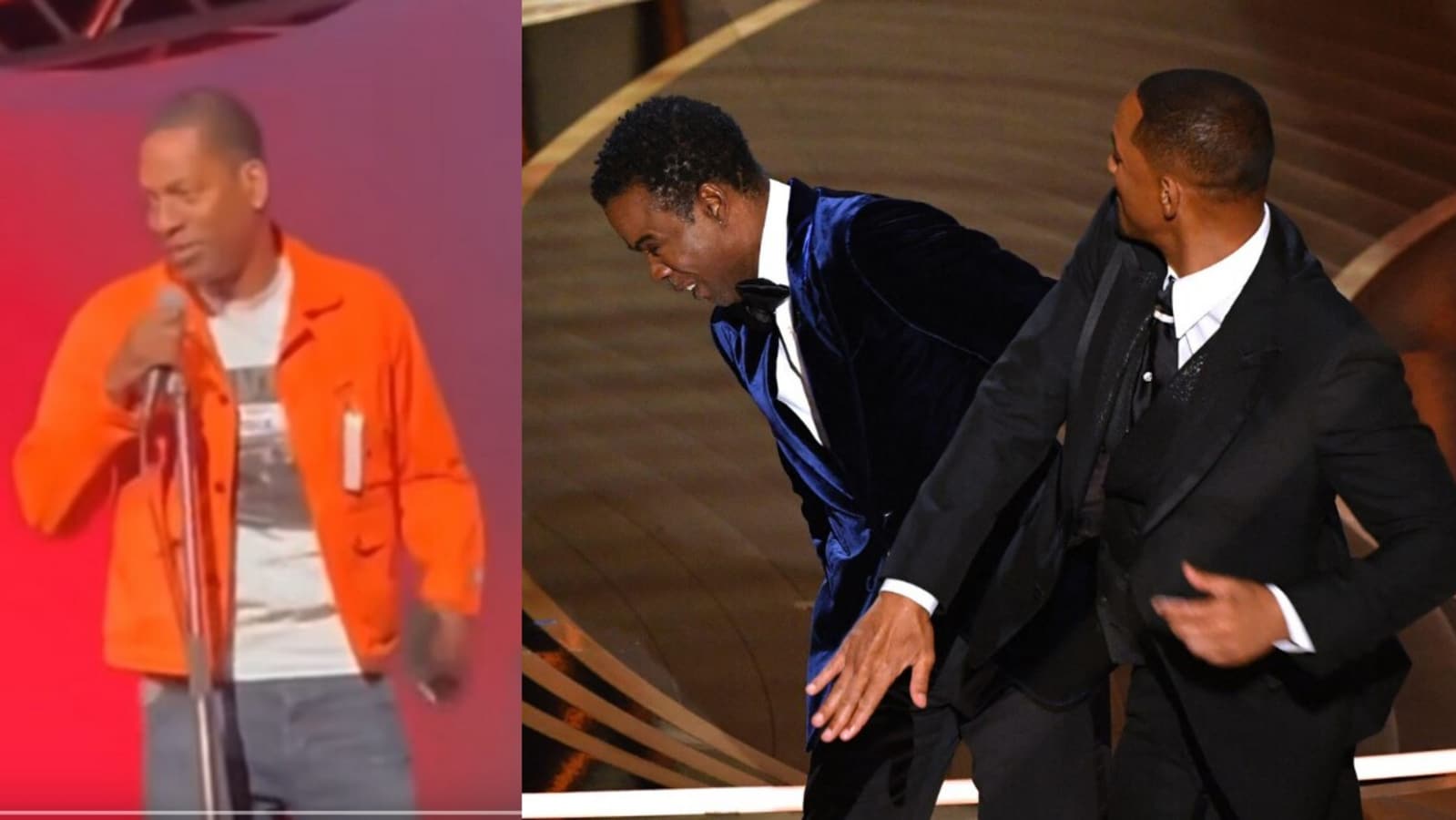 Days after the 94th Academy Awards ceremony, actor and comedian Tony Rock slammed Will Smith for slapping his elder brother Chris Rock during the show’s live telecast on Sunday. After apologised to Chris on social media, Will resigned from the Academy of Motion Picture Arts and Sciences earlier this week. (Also Read: Chris Rock shuts down a fan who abused Will Smith during his live performance: ‘No no!’)

Tony recently took to stage for a stand-up act and started by reminding the audience about the controversy involving his brother Chris and Will.

“If you walk your a– up here, you ain’t nominated for s–t but these motherf–ing hands!” Tony told his audienc.

“I didn’t want to start the show like that!” Tony continued referencing the infamous Oscars incident, saying, “You gonna hit my motherf—- brother because your b–h gave you a side-eye?”

Earlier this week, Tony had taken to his Twitter, to disapprove of Will’s apology before noting that his brother is “fine” after the tribulation. He also told his followers on Tuesday that he is “waiting” for Will to speak directly to his brother and family after a fan pointed out Will’s relationship with Chris Rock, over the years.

Chris Rock declined to press charges against Will at the Oscars 2022 ceremony. However, he broke his silence regarding the incident on Wednesday during his show at The Wilbur in Boston. “I’m still processing what happened,” he told fans in the audience. (Also Read: Chris Rock gets standing ovation at his show in first appearance since Oscars, says ‘still kind of processing it’)

Meanwhile, on Friday, Will announced his resignation from the Academy of Motion Picture Arts and Sciences, claiming he “will fully accept any and all consequences for my conduct.” Academy on their part stated that they “have received and accepted” Will’s immediate resignation from the organisation.

While presenting the best documentary feature award at the 2022 Oscars, Chris Rock made a joke about Will Smith’s wife Jada Pinkett Smith’s shaved head.

Chris said he couldn’t wait to see Pinkett Smith, who has alopecia areata, star in G.I. Jane 2 which led Will to go up on stage and slap him. Will returned to his seat and shouted, “Keep my wife’s name out of your fu–ing mouth!”

A few minutes after the incident, Will was announced Best Actor at the 94th Academy Awards. While accepting his first-ever Oscar for best actor (leading role) in King Richard, Will apologized to the Academy and fellow nominees but did not mention Chris.