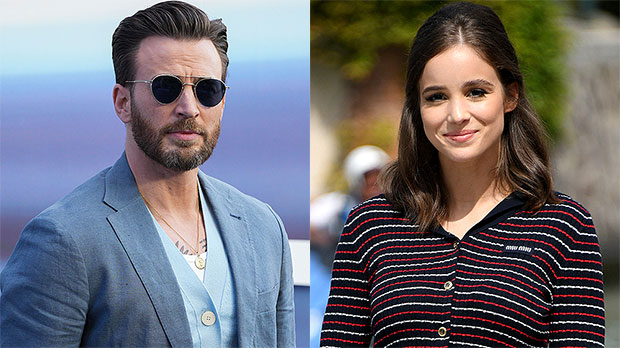 Chris Evans has not confirmed his reported relationship with actress Alba Baptista, but he has certainly not denied it. In fact, he left fans a major hint on where he stands with the 25-year-old Portuguese actress on Nov. 9 by leaving flirty emojis under her Instagram post, which promoted her brand-new film, “A Dream In Paris”. Under a few outtakes from the film, which showed Alba sitting in a convertible top car, in a dinner scene, and at a grand-looking shindig, Chris, 41, left a clapping emoji and melting emoji. Perhaps, this is Chris’ indirect way of letting eager fans know that he is indeed melting for the rising star.

Chris and Alba left a small trail of hints that they were acquainted in some way over the last year, causing fans to speculate their romance. Then, on Nov. 9 — the same day Chris left the flirty comment — a source claimed the pair have been together “for over a year and it’s serious.” Revealing more information about the status of the relationship, the source told PEOPLE, “They are in love and Chris has never been happier. His family and friends all adore her.”

The report came just two days after Chris was announced as PEOPLE‘s “Sexiest Man Alive” 2022 and one day after his interview with the outlet talking about his dream to have a family was released. “That’s absolutely something I want,” the Marvel star confirmed. “Wife, kids, building a family.”

He then dug deeper into his desire and revealed that despite his success as a movie star, he feels that having children is the ultimate achievement. “When you read about most of the best artists, whether it’s actors, painters, writers, most of them [admit] it wasn’t the work they made [that they are most proud of], it was about the relationships, the families they created, the love they found, the love they shared,” he recalled. “So it’s also something through my long 41 years that also rings true. Those things are the most important. I love the idea of tradition and ceremony, I had a lot of that in my life so the idea of creating that, I can’t think of anything better.”

Chris previously dated actresses Jenny Slate, Jessica Biel, and Minka Kelly. He was also linked to Kate Bosworth, Christina Ricci, Dianna Agron, and Lily Collins, but noting was ever confirmed. There is not much known about Alba’s dating history.