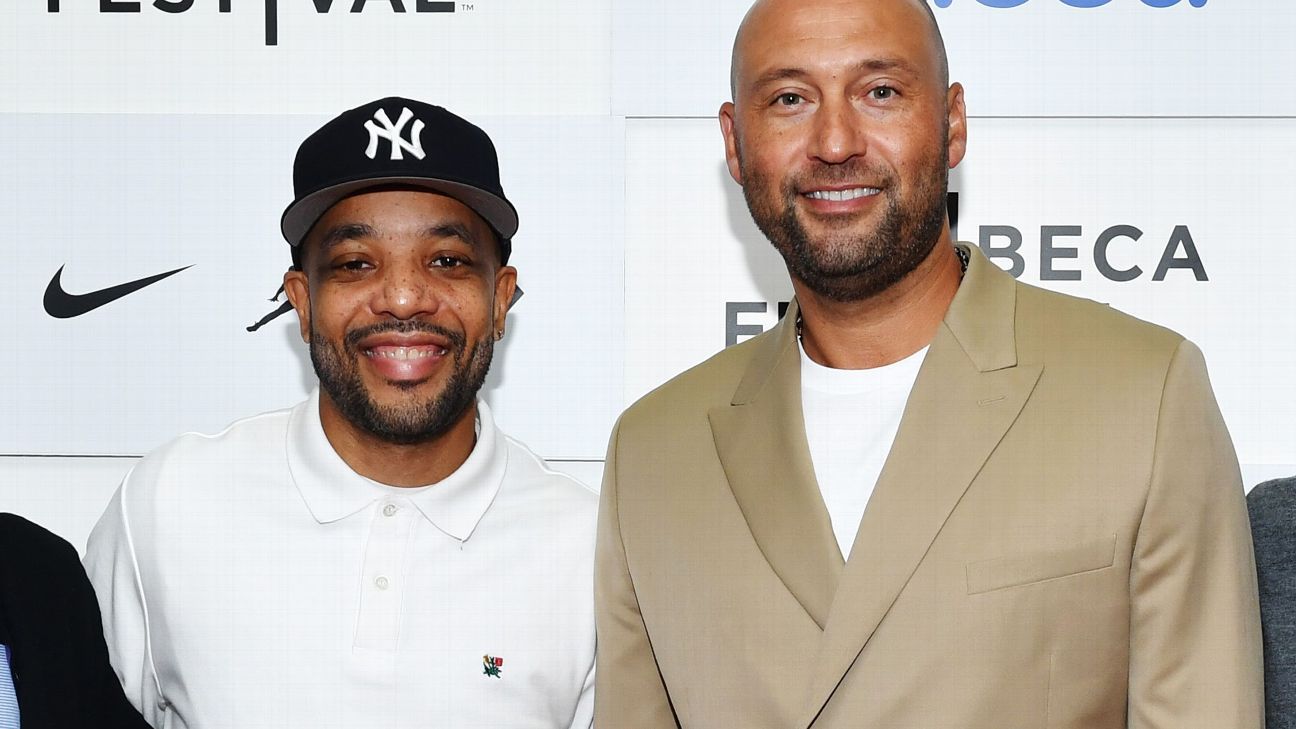 Two years ago, Spike Lee called Randy Wilkins and asked him who his favorite Yankee was. For Wilkins, a 42-year-old lifelong Yankees fan born in the Bronx, the answer was easy: Derek Jeter. But Wilkins was confused. His mentor had called him out of the blue in the middle of the week with what seemed like a random question.

That’s when Lee dropped the news: Wilkins’ favorite Yankee was doing a documentary series chronicling his life and Hall of Fame career. Lee and Jeter were partnering on the project, and the legendary filmmaker wanted Wilkins to direct it. Wilkins, who has won three Emmy Awards, previously directed the ESPN 30 for 30 documentary “86-32,” which chronicled the light middleweight gold-medal boxing match between Roy Jones Jr. and Park Si-Hun at the 1988 Summer Olympics.

Derek Jeter was the face of the Yankees, a five-time World Series champion, the most popular and admired player in baseball, and one of the great sports superstars of any age.

A few weeks later, Wilkins hopped on a Zoom call with Jeter and the project was on.

“It changed my career right there in that moment,” Wilkins says.

The first episode of “The Captain” premiered July 18 after the Home Run Derby, and new episodes of the seven-part series are airing each Thursday on ESPN through Aug. 11.

ESPN talked to Wilkins about the creative process behind the “The Captain” and his experience working with a notoriously private sports icon.

ESPN: Derek Jeter was incredibly private throughout his career. How did you prepare to make a documentary series about a person who doesn’t like to reveal a lot about himself?

Wilkins: He told me multiple times that he was ready to speak about things and that he was comfortable sharing things with the world. He mentioned he wanted to have something that was a record for his daughters, because they weren’t around when he had this playing career. And then he started sharing things with me that I didn’t know. He was telling me experiences, moments, both personal and professional. It gave me all the confidence that we could make this money.

I knew the outside world had a lot of opinions on what this would be or what this would be like, but being around him and speaking with him, I had all the confidence in the world that we’d be able to break through that perception.

ESPN: As a storyteller, how did you balance the public perception of a person, how someone talks about who they are, and who they actually are as a person?

Wilkins: We’ve leaned into the perceptions and tried to challenge and break them. Some people walk away from it and look at it as noise. I looked at it as one of the guideposts to tell the story. It’s like, this is what people think. I know from talking to him that it isn’t totally accurate. Let’s lean into that. Let’s talk about some things that break that perception.

I think we didn’t do it entirely for the story. We’re not doing it to just break perceptions. We want to tell his story. I think part of his story is fighting against those perceptions. There was an opportunity here to really surprise and engage people because they already have one particular thought of Derek.

ESPN: Was there anything that surprised you coming out of the shooting and reporting process of this documentary that you didn’t expect going in?

Wilkins: Just how intense Derek is. He’s one of the greatest competitors of all time. He’s at the level of Michael Jordan, Tiger Woods, Serena Williams. He’s just an incredibly intense guy when he needs to turn it on. That kind of presence is something that a lot of people don’t realize until they’re around him and they start talking to him.

You see the smile, you see him joking around, you see him having fun and all this other stuff, but right underneath that is an edge that you can’t really pick up unless you’re around him. He’s charming, he’s engaging but he’s really intense. That’s something that, getting into it, I didn’t realize, but it was very clear that’s a strong part of his personality.

ESPN: What kind of advice did you get from Spike Lee throughout the project?

Wilkins: Just to go do your thing. He tagged me because he had confidence in me. I’ve been with him for close to 20 years so he knows what I can do and what I’m capable of. I just shared the episodes with him and got minimal notes from him. He just said to keep doing your thing. He loved it. Spike knew he didn’t have to give me pointers and that I can navigate through this. I was his editor for a long time. Going to NYU film school was one film education, and then working for Spike for so many years was another film education. He knew that.

ESPN: How did you manage the egos and the agendas that people might have through a film like this, where so many storylines intersect and there are a lot of big personalities?

Wilkins: You have to demand that the people around you that have egos and agendas and intentions communicate honestly. It can’t be a one-way street where you are open and they’re not. You have to command respect in creating an environment where it goes both ways. You also have to be understanding of people’s perspectives, that there are specific reasons why they’re looking at things that way and in a particular frame of mind.

That’s true collaboration, where you’re respectful of other people’s perspectives and feelings and try to incorporate them as much as they can as long as it fits in the parameters of your own vision. I’ve never had a problem with collaboration, but I do think there’s a limit. There’s that line you shouldn’t cross as a filmmaker if you want to stay true to your story. You just have to make sure you’re determined and vigilant to stick to that core vision.