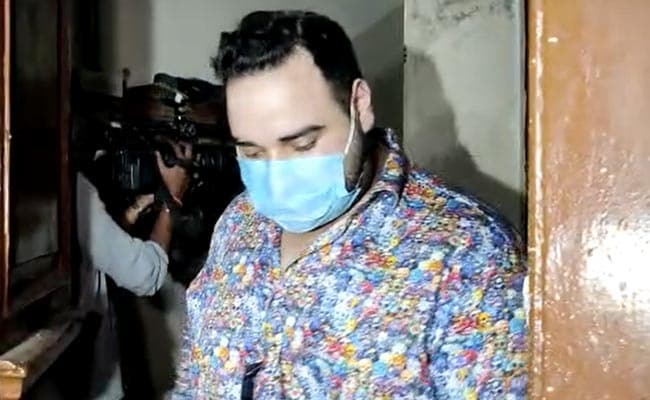 A week after a raid at a cruise ship off Mumbai coast led to the arrest of Aryan Khan, superstar Shah Rukh’s son, along with eight others, Maharashtra Minister Nawab Malik this afternoon released some videos as he raised questions over the probe by the anti-drugs agency. Mr Malik said the NCB (Narcotics Control Bureau) had released three of 11 people detained initially after talking to BJP leaders, alleging collusion.

“After the raid on the cruise, NCB’s Sameer Wankhede had said that 8-10 people were detained. But the truth is that 11 people were detained. Later, three people – Rishabh Sachdeva, Prateek Gaba and Amir Furniturewala – were released,” Nawab Malik said today. Their names came up during a court hearing, he added.

“We want to ask the NCB that when they had detained 11 people after the cruise ship raid, then on whose directions did they release the three people? We demand the NCB to reveal the facts. We think there might have been some talk between Sameer Wankhede and the BJP leaders,” the NCP leader further added, alleging that the BJP’s Mohit Kamboj got his brother in-law Rishabh Sachdeva freed.

Mr Kamboj has not yet reacted to the claims.

He also called for probe by Mumbai Police.

“Mumbai Police’s Anti Narcotics cell should conduct an independent investigation into this. I will write to the Chief Minister (Uddhav Thackeray) also. If required, an enquiry commission should be set up to probe the raids,” the 62-year-old leader said.

The NCB’s actions, Mr Malik had earlier said, are aimed at defaming the state, where the Congress and the NCP along with the BJP’s former ally, Shiv Sena, is in power. “From Rhea Chakraborty to Deepika Padukone, other celebrities or Aryan Khan, the NCB will only act wherever there is publicity involved. Many of the cases are fake; no recovery has been made,” Mr Malik told NDTV on Thursday.

On Friday, Aryan Khan was denied bail. He will have to stay in jail for the weekend. His lawyer had made the case he cannot be held responsible for the seizures made from others as no drugs were found on him. A Mumbai magistrate’s court said Friday that Mr Khan’s bail plea was “not maintainable”, agreeing with the Narcotics Control Bureau that since drugs were seized a Sessions Court must hear the matter.

Arguing against bail per se, the NCB said releasing Aryan Khan could harm the case. The agency claimed he could tamper with evidence and influence witnesses. It also insisted Aryan Khan and the others were “regular users of contraband”.

While the anti-drugs agency has claimed they want to investigate some “incriminating WhatsApp chats”, Aryan Khan’s lawyer has refuted the claims.

Today, Mr Malik said that three people who were released are also mentioned in the chats.