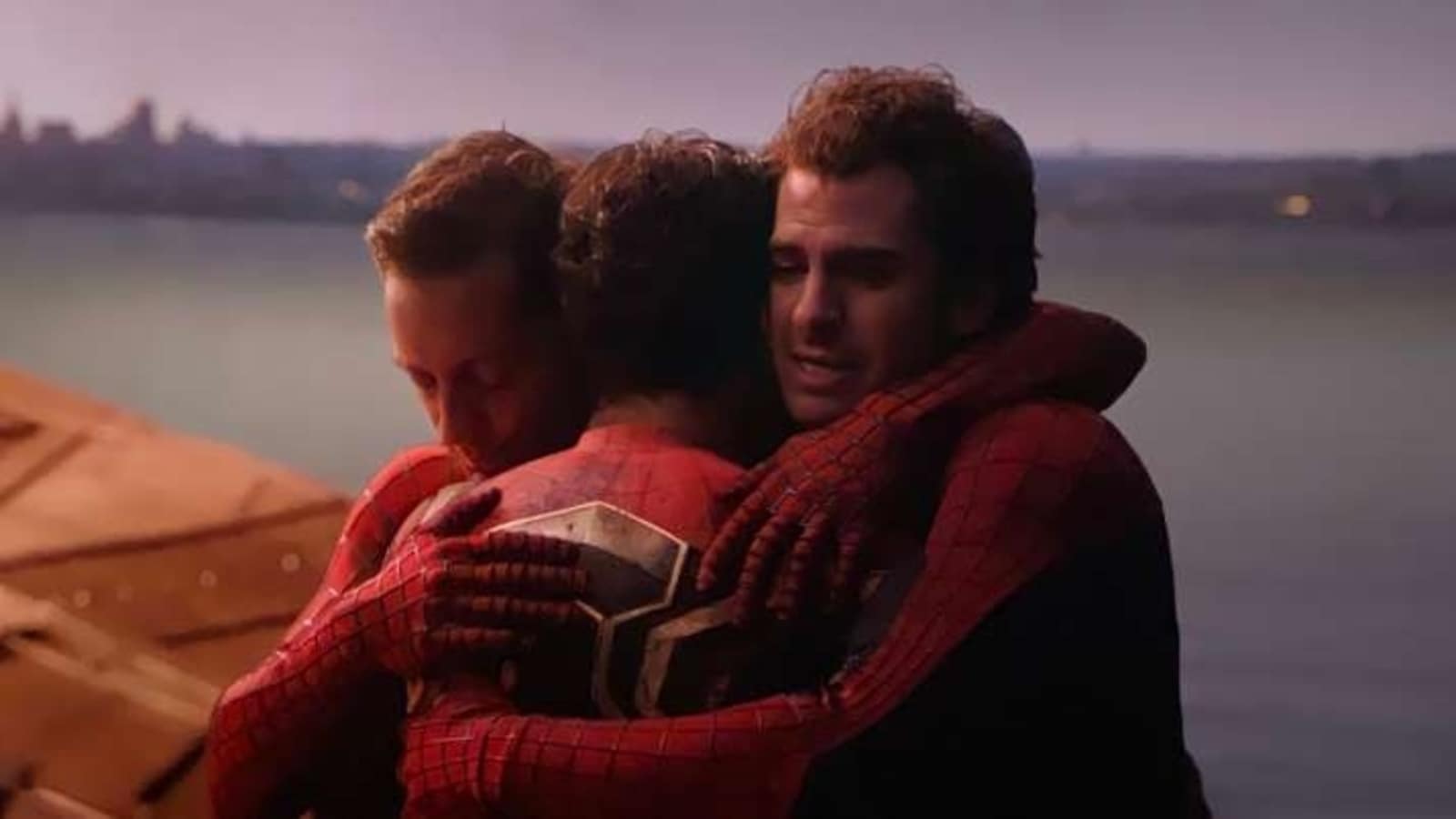 Over a month after the film’s release, the three Spidey actors reunited for an interview and talked about experiencing a sense of ‘brotherhood’ in the movie. Tobey and Andrew also revealed their respective reasons behind joining Tom’s latest Spider-Man movie. Tobey portrayed Spider-Man in three movies directed by Sam Raimi while Andrew played the web slinging superhero in Spidey films helmed by Marc Webb.

Speaking to Deadline in their first interview together, Andrew Garfield said that what convinced him to jump onboard the movie is the realisation that his role was a major contribution to Tom’s journey as a superhero: “It wasn’t like they were just asking us to come and say hi and then leave again but actually have our presence being in service to Tom, being in service to Tom’s journey and where he is as Peter Parker.”

Andrew explained how his and Tobey’s Spider-Men were crucial to Tom’s character development: “I love the destiny feeling of the multiverse expanding in this film, and actually, without Tobey’s Peter and Andrew’s Peter being present for Tom’s Peter at this very moment, he may not become the Peter Parker that he’s supposed to become. Getting three Spider-Men together could go one of two ways, and I think it’s a testament to these guys that it went the way that it went, which was a brotherhood, which is just beautiful.”

Tobey, on the other hand, said that what he found intriguing was that the film felt more like a ‘celebration’. Referring to one of his conversations with producer Amy Pascal and Marvel president Kevin Feige, Tobey said: “To me, when artists or, you know, people who are steering the creative process have a kind of authentic, genuine intent of celebration and love, it just was so apparent in both of them, that, I don’t know, I just wanted to join that.”

He also confessed being a ‘big fan’ of Tom and Andrew, which helped his decision a great deal as well: “I’m a big fan of Tom and those movies and Andrew. So, it was definitely intriguing, but yes, I was also going, ‘well, what are we going to do? ‘And that was a bit mysterious.”

Tom said that in working with Tobey and Andrew, he shared the ‘alienating’ feeling of playing the role of Spider-Man with them. He’s made some great memories, he added: “This film for me was as special as an experience could ever be, sharing the screen with these guys, you know. Playing Spider-Man can be quite an alienating experience because you know – we’re the only three blokes who’ve done it. So, to share that with you two and for it to have been such a wonderful experience, of which I have such amazing memories.”

Tom had earlier hinted at his exit from the Spider-Man series, saying he wants to pass on the opportunity to younger actors – he reiterated his views in the interview as well.

Also read: Spider-Man: No Way Home surpasses Jurassic World and The Lion King to become the 6th highest-grossing film of all time

Directed by Jon Watts, Spider-Man: No Way Home recently surpassed Jurassic World at the global box office to become the most successful film of all time. The film released in India a day ahead of US – it raked in an impressive ₹212 crore in India despite theatres being shut in some parts of the country.

Arunachalbuzz.com is your trending news, entertainment, lifestyle, fashion , tech and health news website. We provide you with the latest breaking news and updates.
Contact us: littlehear[email protected]
© copyright policy arunachalbuzz.com