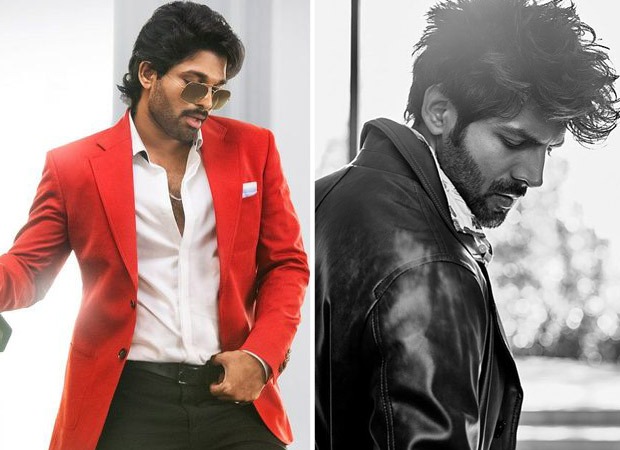 Bollywood Hungama was the first one to break the news that the theatrical trailer of the Hindi version of the Allu Arjun-starrer Ala Vaikunthapurramuloo would be launched on Thursday, January 20. However, due to sudden developments, the trailer of the film, scheduled to hit screens on January 26, couldn’t be unveiled, leaving lakhs of fans wondering what went wrong.

The Hindi remake of the film, titled Shehzada, is already being made and is scheduled to be released on November 4 this year. It stars Kartik Aaryan, Kriti Sanon, Manisha Koirala and Tabu and is directed by Rohit Dhawan. Allu Aravind and S Radha Krishna, the producers of Ala Vaikunthapurramuloo, are also co-producers of Shehzada along with Aman Gill and Bhushan Kumar.

According to trade sources, Allu Aravind wants Shehzada to be the only Hindi version of Ala Vaikunthapurramuloo. They fear that if Ala Vaikunthapurramuloo’s Hindi version releases, it might affect the box office prospects of Shehzada. According to unconfirmed sources, Allu Aravind arrived in Mumbai on January 19 and for the last two days, he’s having meetings with Manish Shah of Goldmines Telefilms to ensure a breakthrough.

Manish Shah was also the one who released Pushpa: The Rise – Part 01’s Hindi version in cinemas, on December 17, 2021. It also starred Allu Arjun and it became a surprise blockbuster, collecting nearly Rs. 90 crores. Since no new films are releasing in cinemas at present and motivated by the success of Pushpa: The Rise – Part 01, Manish Shah decided to release the Hindi version of Ala Vaikunthapurramuloo in theatres since he holds the rights to the film.

Bollywood Hungama, incidentally, had reported last week that the makers of Shehzada had paid Rs. 8 crores to stop Manish Shah from even airing Ala Vaikunthapurramuloo on television till Shehzada’s theatrical release completes 16 weeks. In a recent exclusive conversation with Bollywood Hungama, Manish Shah, however, denied this report. He said, “I have nothing to do with the makers of Shehzada. Na maine unse paise liye hai, na maine unse maange hai.”

It now remains to be seen whether Ala Vaikunthapurramuloo manages to make it into the cinemas, as planned, or does the Hindi dubbed version’s release gets cancelled.