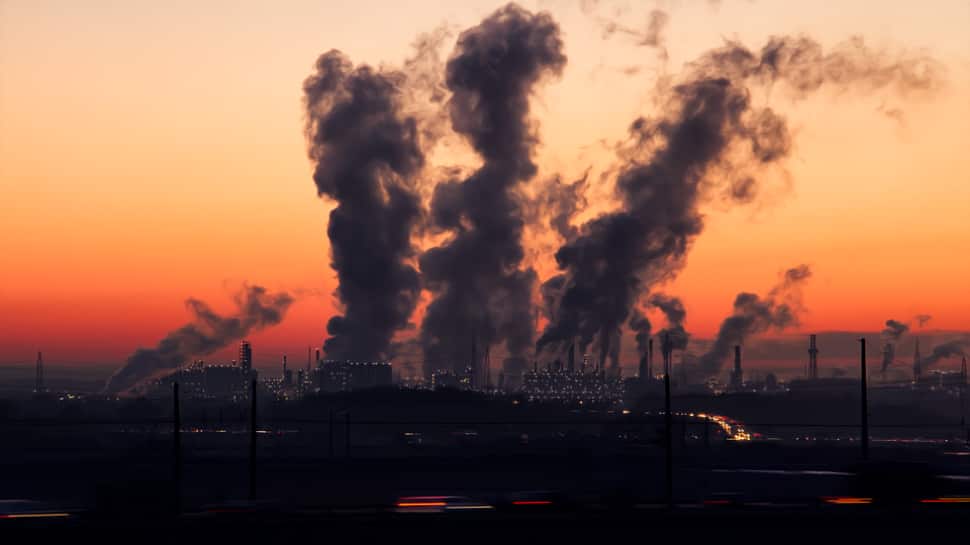 Washington: Fine particulate air pollution is associated with a higher risk of dementia, according to the findings of a new study. Using data from two large, long-running study projects in the Puget Sound region — one that began in the late 1970s measuring air pollution and another on risk factors for dementia that began in 1994 — University of Washington researchers identified a link between air pollution and dementia.

The findings of the research were published in the journal ‘Environmental Health Perspectives’. In the UW-led study, a small increase in the levels of fine particle pollution (PM2.5 or particulate matter 2.5 micrometres or smaller) averaged over a decade at specific addresses in the Seattle area was associated with a greater risk of dementia for people living at those addresses.

“We found that an increase of 1 microgram per cubic meter of exposure corresponded to a 16 percent greater hazard of all-cause dementia. There was a similar association for Alzheimer’s-type dementia,” said lead author Rachel Shaffer, who conducted the research as a doctoral student in the UW Department of Environmental and Occupational Health Sciences.

“The ACT Study is committed to advancing dementia research by sharing its data and resources, and we`re grateful to the ACT volunteers who have devoted years of their lives to supporting our efforts, including their enthusiastic participation in this important research on air pollution,” said Dr Eric Larson, ACT’s founding principal investigator and a senior investigator at KPWHRI.

The study looked at more than 4,000 Seattle-area residents enrolled in the Adult Changes in Thought (ACT) Study run by Kaiser Permanente Washington Health Research Institute in collaboration with UW.

For instance, if a person was diagnosed with dementia at 72 years old, the researchers compared the pollution exposure of other participants over the decade prior to when each one reached 72.

In these analyses, the researchers also had to account for the different years in which these individuals were enrolled in the study since air pollution has dropped dramatically in the decades since the ACT study began.In their final analysis, the researchers found that just a 1 microgram per cubic meter difference between residences was associated with a 16 percent higher incidence of dementia. To put that difference into perspective, Shaffer said, in 2019 there was approximately 1 microgram per cubic meter difference in PM2.5 pollution between Pike Street Market in downtown Seattle and the residential areas around Discovery Park.

“We know dementia develops over a long period of time. It takes years – even decades – for these pathologies to develop in the brain, and so we needed to look at exposures that covered that extended period,” Shaffer said.

And, because of long-running efforts by many UW faculty and others to build detailed databases of air pollution in our region, “we had the ability to estimate exposures for 40 years in this region. That is unprecedented in this research area and a unique aspect of our study.”

“These high-quality exposures combined with ACT`s regular participant follow-up and standardized diagnostic procedures contribute to this study`s potential policy impact.”While there are many factors such as diet, exercise and genetics associated with the increased risk of developing dementia, air pollution is now recognized to be among the key potentially modifiable risk factors.

The new UW-led results add to this body of evidence suggesting air pollution has neurodegenerative effects and that reducing people’s exposure to air pollution could help reduce the burden of dementia.

“How we’ve understood the role of air pollution exposure on health has evolved from first thinking it was pretty much limited to respiratory problems, then that it also has cardiovascular effects, and now there`s evidence of its effects on the brain,” said Sheppard, who this year was awarded the Rohm and Haas Endowed Professorship of Public Health Sciences.

“Over an entire population, a large number of people are exposed. So, even a small change in relative risk ends up being important on a population scale,” Shaffer said.

“There are some things that individuals can do, such as mask-wearing, which is becoming more normalized now because of COVID. But it is not fair to put the burden on individuals alone. These data can support further policy action on the local and national level to control sources of particulate air pollution.”

This research was funded by multiple supporting grants from the National Institute for Environmental Health Sciences, National Institute on Aging, UW Retirement Association Aging Fellowship, the Seattle chapter of the Achievement Rewards for College Scientists Foundation and others.

Include these 5 food items in your diet for healthy, flawless skin!